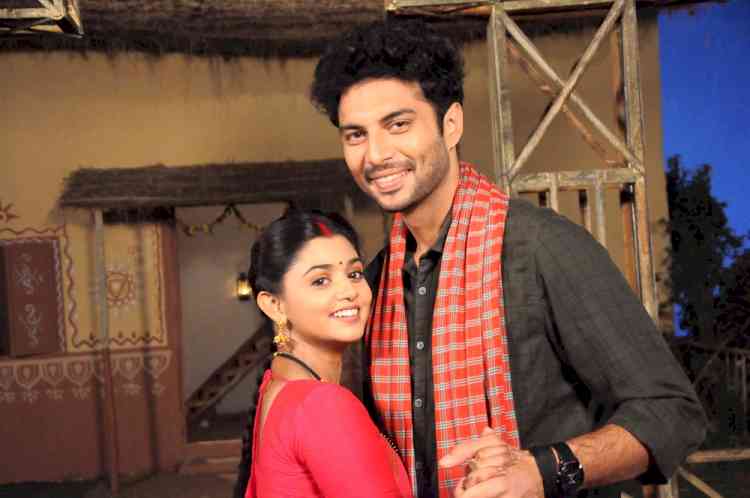 &TV’s Santoshi Maa Sunaye Vrat Kathayein is a show that captures the pure connection between a ‘Bhakt and Bhagwan’. There is a high-voltage drama between Singhasan Singh and Swati, an ardent devotee of Santosh Maa. Singhasan Singh, who is determined to throw Swati, his daughter-in-law, out of the house, will bring the entire community together along with his family to perform Santoshi Maa Vrat to get a vardaan. It will put Santoshi Maa in a dilemma to choose between the Dharam and Adharam, her ardent devotee, Swati and the evil, Singhasan Singh.

Every ‘Vrat’, when done the right way, bears fruit, if it’s the opposite, can land devotees in serious trouble. Santoshi Maa’s vrat has specific rules and vidhis that a devotee has to abide by to reap its benefits. Swati, an ardent Santoshi Maa devotee, is in the process of organising her vrat but little does she know what is in store for her. Lovely tires to disrupt the ritual by making her consume lemon juice by mixing it in her juice. As per rituals, one should refrain from consuming sour food / drink while observing Santoshi Maa Vrat. Unaware of what has happened, Swati unknowingly messes up the vidhi and ends up being punished!

Talking about this scene, Tanvi Dogra, who plays Swati, says, “While Swati won back Indresh (Ashish Kadian) with utmost devotion towards Santoshi Maa, she must now face yet another challenge. Her constant struggle is to keep her family together, but Singhasan Singh is hellbent on making situations difficult for her. The upcoming episodes will showcase Swati facing the consequences for someone else’s deceit. What follows are a series of unexpected twists and turns that will put not only Swati’s faith to test once again but also put Santoshi into a fix to choosing between Dharam and Adharam.”

A vrat organised on pillars of a lie cannot get the desired results. Will Swati be able to complete the vrat vidhi successfully? Will Santoshi Maa be able to rescue Swati once again? How will Santoshi Maa get out of a dilemma between the good and the evil?

Kitaab’s latest launch centres around building immunity: the need of the hour

Hero’s character came to me naturally

Nisha Narayanan honoured as ‘Business Leader of the Year’