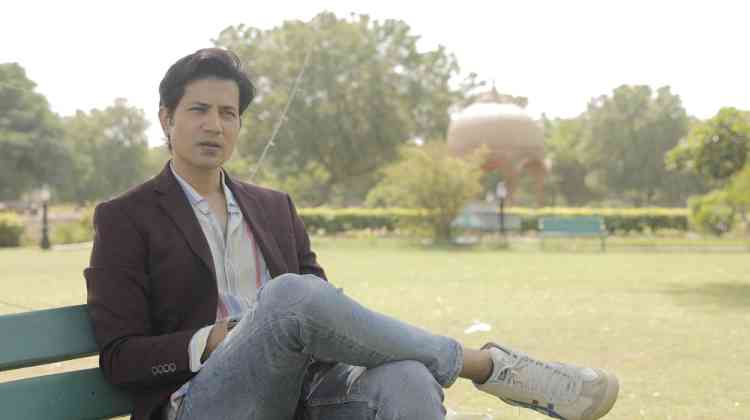 Sumeet Vyas, who is seen playing the role of Yudhveer Singh, one born of royal blood and a politician, is getting immense appreciation and love from the viewers and critics alike for his performance in ALTBalaji recently launched web-series Dark 7 White. A gripping political thriller, Dark 7 White beautifully showcased the exquisite locations and palaces of Rajasthan. Sumeet, who shot for the series in the Pink city of Jaipur and Bikaner along with other parts of Rajasthan, will now be flying off to Jaipur on 26th November to promote the show.

With the state and its culture playing an important part of the series, Dark 7 White also features a beautiful Rajasthani folk song 'Laal Peeli Ankhiyaan', re-composed by Arpit Mehta and Udit Prajapati and crooned in the beautiful voice of the Rajasthani choro Bohra Lalit Ashok, that fits perfectly in the setting and has struck the right chord amongst fans.

Dark 7 White is an urban youth-oriented political murder mystery, narrated in a quirky storytelling style laced with dark humour. It is a gripping story about seven friends having high profile jobs with the story shedding light on how their situation wasn’t the same back in their college days. What adds to the intrigue is the story of how one of these seven characters uses the other six for his advantage. Binge-Watch the 10 episodes of DARK 7 WHITE streaming now on ALTBalaji & ZEE5!

`Akhiyaan Vich’ by Vaibhav Saxena is unique blend of music,...