Successful re-implantation of amputated thumb by plastic surgeon of CMCH

Very few institutions have the capability to treat such conditions 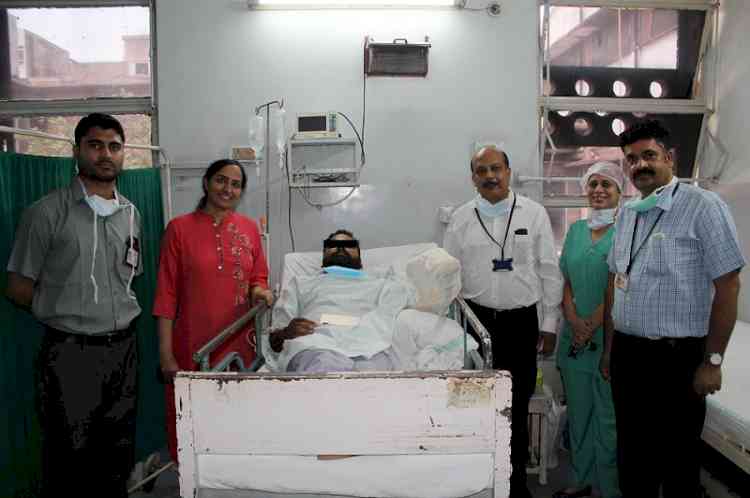 Ludhiana: A team led by Dr Pinki Pargal working in CMC Hospital, Ludhiana as Professor Plastic Surgery treated a patient aged 29-year male from Ludhiana who was a case of assault leading to the total amputation of his left thumb and multiple other sharp injuries.
The patient was immediately taken up for digital re-implant procedure by the treating doctor.
His thumb was re-implanted after surgery lasting six hours. After the procedure of re-implant was done, his thumb was well vascularised and the patient is doing well, admitted in plastic surgery and planned for discharge within 2-3 days.
It is pertinent to mention that very few institutions have the capability to treat such conditions.
The treating doctor expressed satisfaction and thankful to God that she was able to restore his hand function and prevented patient from going disable. She further said that CMC Hospital is a pioneer of such microvascular surgeries.
Awareness needs to be spread among public that amputated limbs can be salvaged, provided amputated parts are brought in proper condition and within 6 hours of golden period.
Those who assisted her in the surgery were Dr.Jedidiah, Dr.Ankur Sharma, Dr George, Mr Bannu Ram. Anaesthetist team was led by Dr.Arti.

DMCH Docs and Residents felicitated for their tireless...