Special lighting being used to project tricolour on historic and iconic Clock Tower for next two days: Mayor

Urges residents to visit this iconic landmark along with their families 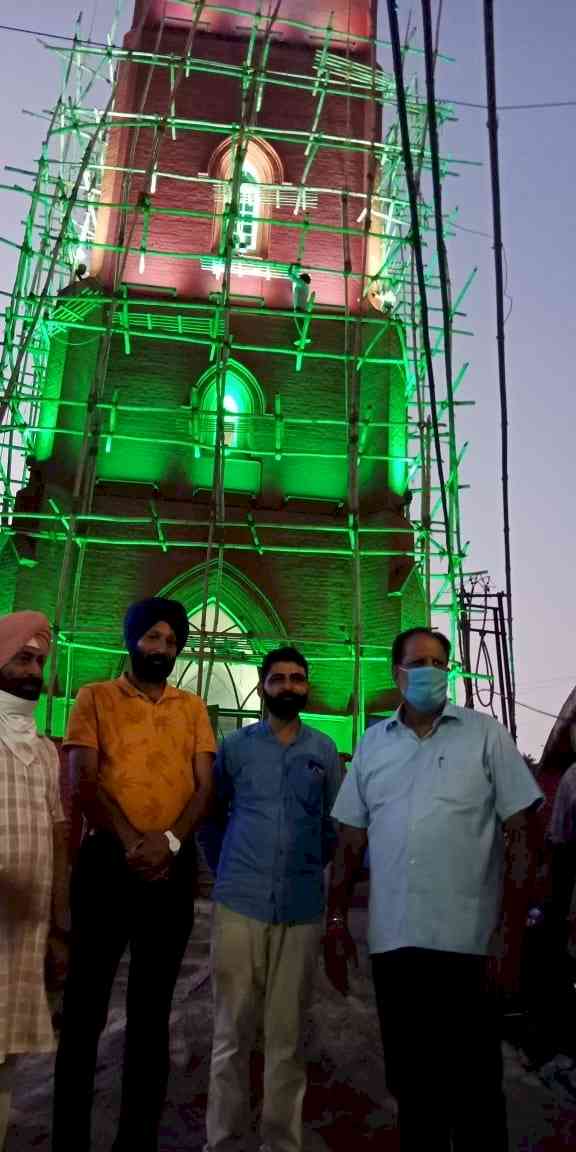 Ludhiana: Mayor Mr Balkar Singh Sandhu today informed that special LED lights are being used to project tricolour on the historic and iconic Clock Tower of Ludhiana city. He said that this special lighting would remain on the tower for next two days and urged the residents to visit this iconic landmark along with their family members.

He informed that the Clock Tower, also known as ‘Ghant Ghar’, is being beautified under the Ludhiana Smart City Mission. The work for the installation of lighting and controllers in the tower is almost complete. The estimated cost of the project is around Rs 63 lakh.

The Clock Tower was constructed by the British in 1906 to commemorate the silver jubilee of Queen Victoria’s reign and it is a prominent landmark of the city. /(August 14)

Resident comes up with song to boost morale of residents regarding covid-19 on Independence...

Self-safety slogan drive to fight Covid-19 kicks off at...