Program to reach out to more than 1 lakh students 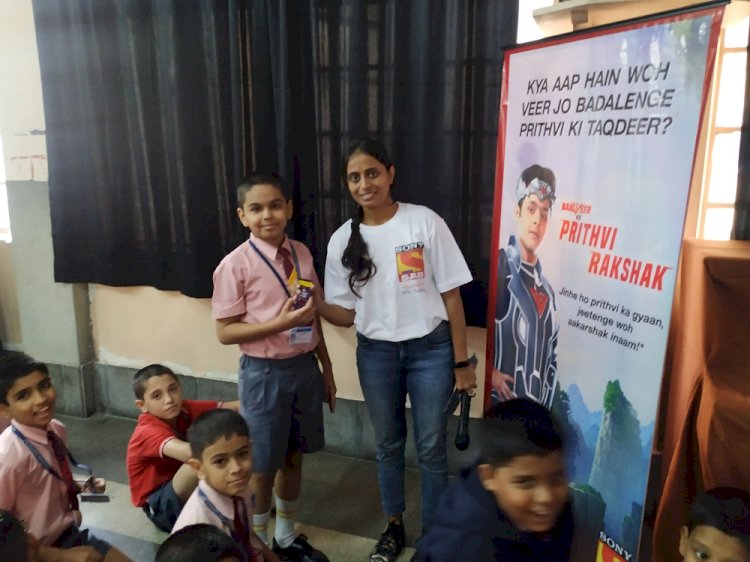 Sony SAB’s magical fantasy superhero show Baalveer Returns is reaching out to the Gen Z of India to come forward and join Baalveer in his endeavor to protect the planet, as ‘Baalveer Ke Prithvi Rakshak’. Over 250 schools across four cities - Mumbai, New Delhi, Ahmedabad and Baroda, will be part of the programme

As part of the program, students, from class 3 to 8, will get an opportunity to join Baalveer in his quest to protect the planet. Just like Baalveer crosses every hurdle and passes difficult tests in his adventures, the kids will also have to undergo a small test to prove their worth to join Baalveer’s Prithvi Rakshak army.  Kids will be tested on their knowledge of environmental problems and their creative ideas to solve the same under three main parameters like knowledge, intelligence and creativity. Based on the responses, two students will be chosen from each school and given the title of Baalveer Ke Prithvi Rakshak, along with a trophy, a certificate and a gift voucher.

Set against the backdrop of the two mystical worlds of Veer Lok and Kaal Lok, Baalveer Returns is India’s most loved fantasy drama show on Indian television, the show featuring Dev Joshi, Pavitra Punia and Sharmilee Raj amongst others recently created a unique distinction of being named as the most searched Indian television show across the world according to Google’s annual trends report ‘Year in Search’ for 2019. This massive achievement also meant that Baalveer was the only Indian television show from a Hindi general entertainment channel to be featured in the top searches for television shows across the world. Through this campaign, Sony SAB aims to take this immensely popular character even closer to existing fans and reach out to more by highlighting Baalveer’s motivations, purpose, morals, ethics and his personality.

Vaishali Sharma, Head, Marketing and Communications, Sony SAB said, “We are extremely happy to see this activity taking shape. This initiative is in line with our philosophy of spreading ‘Khushiyon Wali Feeling’ something that is consistently reflected through our programming as well. We have always believed that Baalveer is not just a show – it is a legend. As happiness enablers, we intend to take this fan favorite character even closer to the fans and instill the spirit of Baalveer within all the youth of the country in a fun way.”

Cooking without fire competition in DIPS

Set your engines to a full-on power-ride with &pictures...

Luv Sinha: Even though I belong to one of the known film...

The much-awaited first look of Prabhas’ next titled ‘Radheshyam’...