Surinder Shinda and Rakhi Hundal will be seen in lead roles 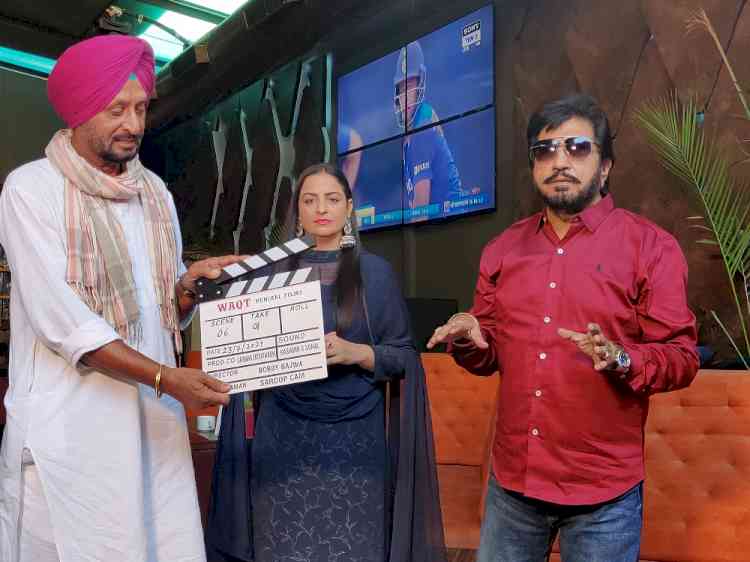 Chandigarh: The shooting of Punjabi film `Waqt’, which is being made under the banner of Satrang Entertainment, has started in Chandigarh. Waqt Punjabi film’s first short was given by well-known singer artist Surinder Shinda and artist Rakhi Hundal, in this film Surinder Shinda, Rakhi Hundal, singer Hardeep Singh will be seen in the lead roles. The title of the film can be guessed by the name of film itself. This film is based on the time and time passing in Corona time, the director of the film is Bobby Bajwa, who is often known for his unique film. The producer of the film is Kashmir Sohal and the lyricist is Bhatti Bhariwala. The entire unit of the film looks very excited during the shooting of the film. Music is by Harjeet Guddu and Surinder Shinda and Harinder Hundal have lent their voices to all the songs. Since it is the time of Corona period, this is the reason why all kinds of precautions are also being taken during the shooting of the film.

Laughter, gossip and chat about Delhi boy traits in Indie...