Releasing date of ‘Mukkaddar’ will be announced shortly 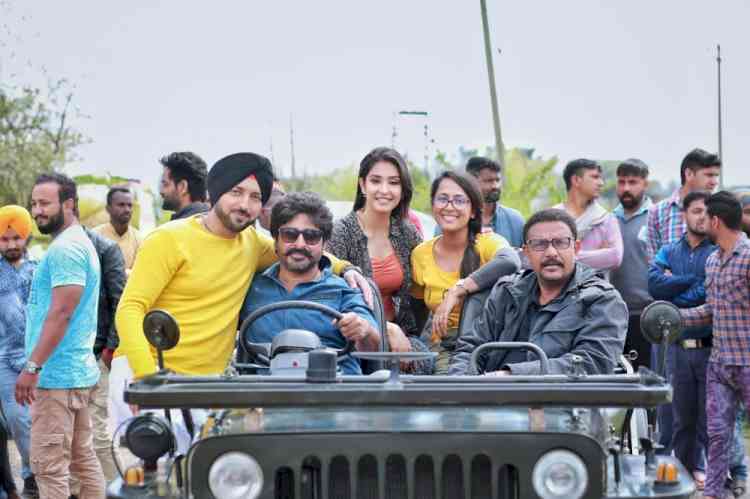 Chandigarh: Sound Box Entertainment PVT LTD and Eiffle Movie PVT LTD for the first time are presenting a new Punjabi film titled ‘Mukkaddar’. The film is directed by Saahhil Kohli and finally the shoot of film has wrapped up.

‘Mukkaddar’ went on the floor on 18th February 2020, and now is done with the shoot of the film. In just 28days, shoot of movie along with songs is finished. The last day of shooting was 18th March 2020.

Director of the film, Saahhil Kohli said, “Working with the cast and crew of Mukkaddar was a great pleasure. All are extremely talented and worked hard for the film. We had alot of difficulties due to unexpected climatic conditions, however because of everyone’s mutual efforts we are able to complete the shooting this early. ”

DOP of the film Santosh Thundiyil added, “I am extremely happy to be a part of Mukkaddar, during the shoot, everyone was very co-operative. All of them worked day and night to finish the shoot on time. As everyone’s health is most important we are overwhelmed to conclude the shoot and now everyone will be safe at home.”

Rajinder Sharma Nanu, one of the producers of film said, “now that we have completed the shoot of ‘Mukkaddar’, I am excited for the movie. Everyone has done their 100%; we hope audience will shower their love on the film.”

The forthcoming Punjabi film Mukkaddar’s story and screenplay has been written by Saahhil Kohli, Harsh Rana. Chanchal Dabra has written the dialogues, music to the film has been given by Gurmeet Singh and the executive producer of the film is Jatin Dharna.

Releasing date of ‘Mukkaddar’ will be announced shortly.

ALTBalaji and ZEE5 unveil first look of their upcoming dramedy Who’s Your Daddy?