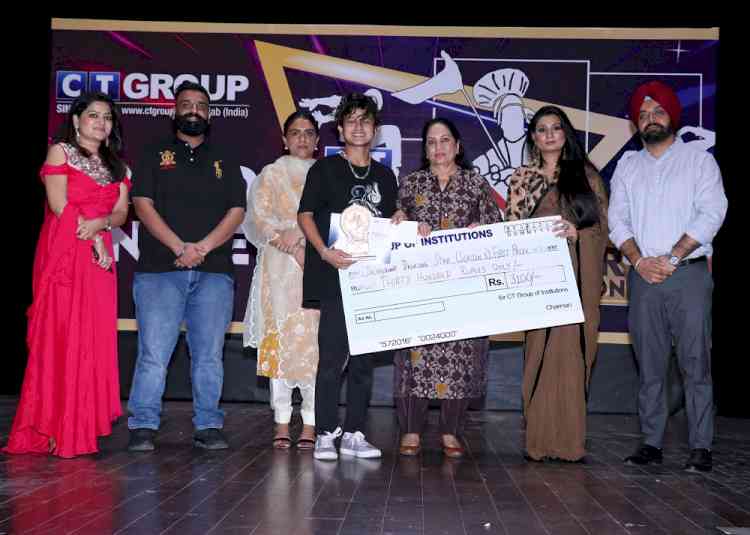 Jalandhar: It was a moment of thrill and tough competition when the stage of Sardarni Manjit Kaur Auditorium was set on fire by the breathtaking dance performances given  by finalists of “Jalandhar Dancing Star Season 3”- a dance competition organised by CT Group of Institutions at CT Group of Insitutions, Shahpur campus.

All the contestants gave a tough competition to each other under their respective categories. Rajan Aujla, one of the judges said, “It was a wonderful event in which participants performed extremely well. It became so confusing for us to select the top three winners of each category.”

Manbir Singh, Managing Director, CT Group said, “I congratulate all the winners and rest of the participants who made this event a grand success today. It was a pleasure to see participants coming from outside Punjab too in order to compete. I also thank the Chief Guest and judges for sparing their time and giving a fair judgment. I wish luck to the organizing team as well and wish to see similar big level events in the future too.”

2 Day Workshop on Phonetics and Public Speaking held in...