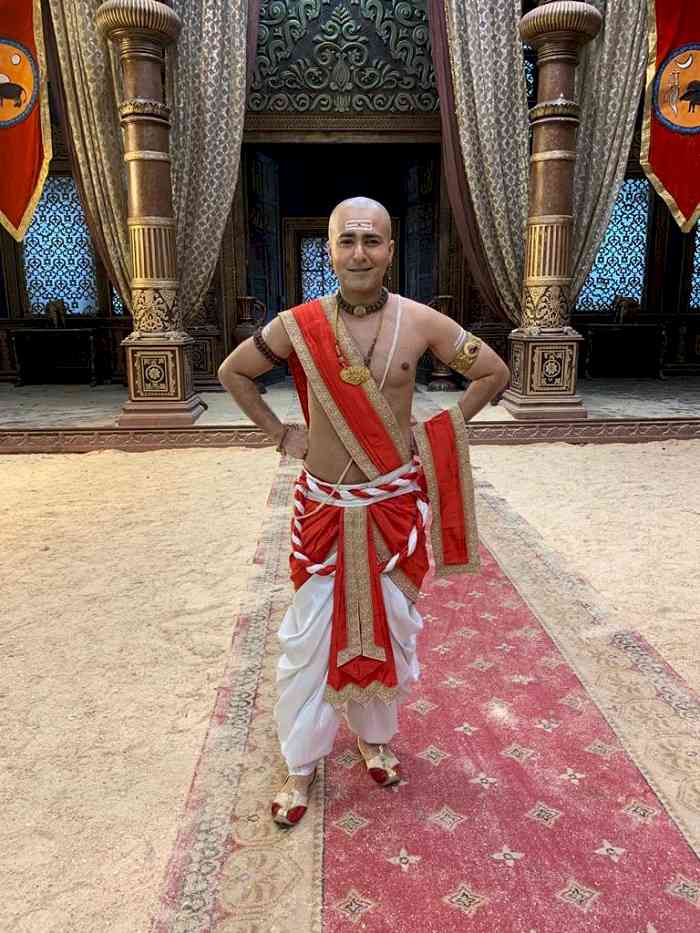 How has the experience been portraying Pandit Rama Krishna for so long?
Playing the role of Pandit Rama Krishna has been an enriching experience for me. I feel more liberated because it is a really insightful character and the kind of stories that we put forth and the language that we use, as an artist have to remember those lines. Most of the dialogues with beautiful messaging and philosophies stay in my mind as even I am a very spiritual person and I follow various philosophies and teaching. I relate with this character so much that his sayings are engrained in my mind. I feel uplifted after playing this role.

A lot has changed in these past few months. What new changes that the viewers will witness in Tenali Rama?
I feel, change is the only constant and after this brief halt, Tenali Rama will be back with funnier, wittier and engaging episodes where our viewers will also witness some new faces and characters. It has been a good feeling to be back on the set and don my character but at the same time we all are following strict rules while shooting by maintaining necessary distancing and ensuring all safety measure are taken care of at all times.

Is there something new that you are trying now, as the show comes back? Any different preparation?
I have lived Rama for the last 3 years that now I feel Pandit Rama as a part of me. I don’t think I will have to special prepare something new for my character because he is in my heart but yes, donning the look and getting into his zone has been refreshing. During these months, I even interacted with our fans on social media and I interacted with them as Pandit Rama Krishna only. So, he has stayed with me during these 3 months.

How was it like to be back on the set after 3 months? How was your first day on the set like?
The first day on the set after staying at home for 103 days was excitement personified. I started shoot a couple of days after the shoot resumed. When I reached the set, everyone welcomed me love and I even shaved my head again after 3 months. Before I shaved my head, everyone on the set clicked pictures with me because a lot of them have not seen me that way. I was fun to do a before and after shave shoot. I initially thought that I won’t be able to give my best performance but I could easily get into the character and didn’t require multiple takes.

What are your views on the saying- SamasyaVikat, Rama Prakat
I love this new phase because that is what the show is all about. It defines Pandit Rama Krishna’s character and role beautifully and I am sure everyone will like it especially the kids because it’s really catchy.

What is your favorite 'Tenali Rama Ka Vijay Mantra'
My favorite Pandit Rama’s Vijay Mantra is – “Chalbandhu ye Vijayanagarkipratishthakasawalhain”. Whenever Pandit Rama says this he always finds a solution to the most dire problems and always stands victorious.

IKGPTU will invest in Startups Initiatives of Punjab Government in near future:...

It doesn’t get bigger than this! Sony SAB's Hero - Gayab...

Chirag Shah of GoCeleb to produce films and web series