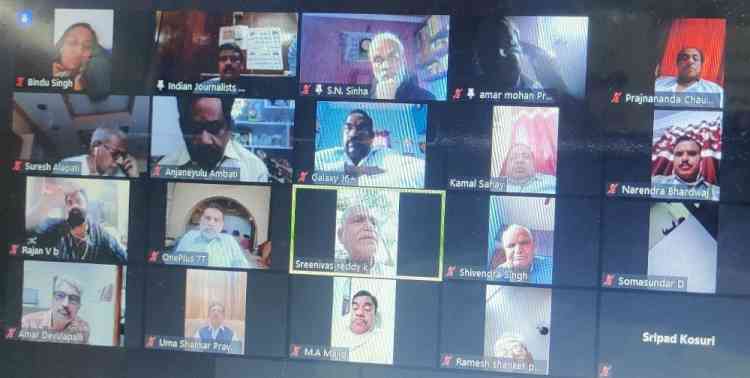 The IJU has on Monday organizing a virtual condolence meeting in memory of the departed leaders.

The IJU has on Monday organized a virtual condolence meeting in memory of the departed leaders. Amarnath, who was President of APUWJ and Secretary of IJU passed away recently due to covid complications and Santosh Kumar died due to aging.

Many speakers recalled the fight Amarnath waged during his two terms as PCI member to safeguard the rights of journalists and also to uphold the press freedom. His grasp of issues and boldness to face them made him dear to all, they said. The report of PCI committee under the leadership of Amarnath on security of Journalists was a commendable contribution.

Mining can benefit from LNG due to its reduced fuel cost...