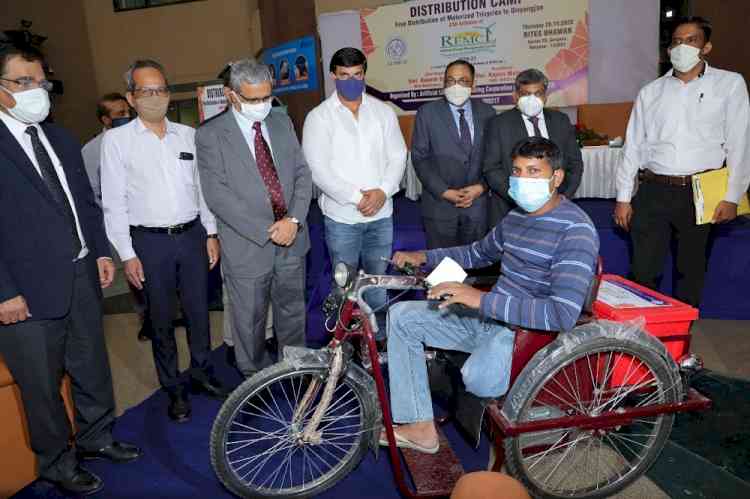 Gurugram: Railway Energy Management Company Limited (REMCL), a subsidiary of RITES Ltd, held a programme for distribution of tricycles to divyangs at its office in Gurugram on Thursday.

The dignitaries presided over the event underlined the need for the public not to just show compassion, but to instil confidence among the divyangs.

The camp, where motorised tricycles worth Rs 9.86 lakh were distributed among 21 beneficiaries, demonstrates the company’s commitment to the social welfare of the divyangs and engagement with local communities.