The faculty was also guided about the safety measures 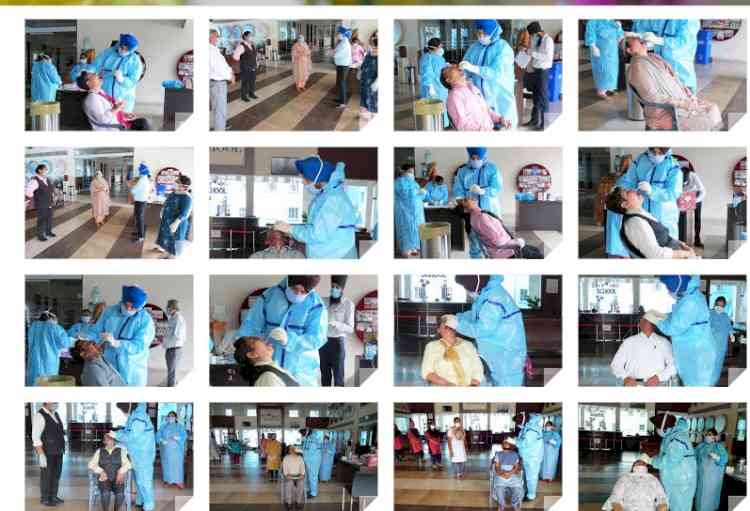 Jalandhar: “The best way out of a tough situation is always through it.” Today where the fear of corona has taken over the peace of mind of people, Ivy World School under the aegis of Vasal Educational Society collaborated with the team of the Health Department, Government of Punjab led by Dr. Amritpal Singh to conduct COVID 19 tests of the faculty members from 16th September, 20 to 19th September, 20. Rapid Antigen and RT-PCR tests were conducted and the faculty was also guided about the safety measures, precautions, and procedures for home isolation if required. The school’s meticulous efforts to set an example in this tough time are acknowledged by one and all. Tests were conducted with complete care under stress-free conditions providing all assistance.

Principal Mrs. S. Chauhan applauded the educators who actively participated in the testing process and tried to make the world a better and safe place. She also accentuated the fact that individually we might be a drop but together we are an ocean and this unity will help us to fight against this pandemic. She also quoted that we first have to make the change within ourselves to bring the change in society. The President of Vasal education Society, Shri K K Vasal, the Chairman Mr. Sanjeev Kumar Vasal, the Director Mrs. Ena Vasal, and the CEO Mr. Raghav Vasal hailed the efforts taken by the Management and The Principal who set an example by being the first one to be tested.  They admired the leadership skills of not only creating awareness but showing tremendous courage and concern. They also lauded the efforts taken by the health department who have not only tested the staff but also counseled them about all sorts of necessary information. The staff members were deeply touched by this effort and they promised their support in every possible manner. All the thanks to the team of doctors headed by Dr. Amritpal Singh, Management, and Madam Principal for this caring action.

Telangana can emerge as the largest oil palm destination in India

Message for youth in contemporary context