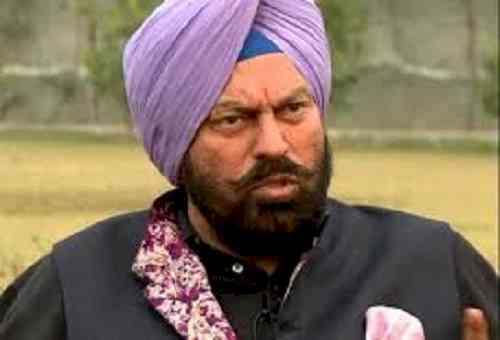 Ferozepur: Lambasting at the Akalis for their dubious role for blatantly accusing Captain Amarinder government for hooch tragedy, the Sports and youth affairs minister Rana Gurmeet Singh Sodhi said it was nothing but pot calling the kettle black as similar incidents had occurred in 2012 and 2016 in Gurdaspur and Batala respectively during their regime.

In a press statement, the Minister said that these tragedies too claimed several lives during SAD-BJP alliance government, adding he pointed out that in the Batala case, neither any FIR was registered nor any action taken against the main accused.

Sensing the gravity of matter, Mr. Sodhi stated that Captian Amarinder immediately ordered a magisterial inquiry by a Divisional Commissioner, who has been asked to submit his report within a month. Besides, the Chief Minister also ordered suspension of, and inquiry against, seven Excise & Taxation Officers and Inspectors, along with two DSPs and four SHOs of Punjab Police, in connection with the hooch tragedy, which has so far claimed over 100 lives in the three districts of Tarn Taran, Amritsar Rural and Gurdaspur.

Launching a frontal attack on the SAD President Sukhbir Badal and former Cabinet Minister Bikram Majithia for their theatrics on the entire issue, the Minister said that everybody knew that people have lost their trust and confidence in their leadership. Moreover, the SAD was on the verge of collapse as its several confidants amongst rank and file, have already joined the SAD (Democratic) led by stalwart Akali leader Sukhdev Singh Dhindsa, as they were feeling suffocated due to their autocratic style of functioning as the patriarch of Shiromani Akali Dal Parkash Singh Badal and his progeny has relegated over a century old political party to a fiefdom.

Mr. Sodhi shared sympathies with the members of bereaved victim families of this tragedy and vowed that stringent action would be taken against all those involved in the case as the Chief Minister has already warned those indulging in spurious liquor business to close down it immediately or face grave consequences.

4351 new cattle sheds to be build in Ferozepur to help small farmers with batter...

Sukhbir Singh Badal asks PM to give guarantee of assured...