Hockey Astroturf to be laid in Shaheed Bhagat Singh Stadium at Ferozepur at a cost of Rs.5.5 crore 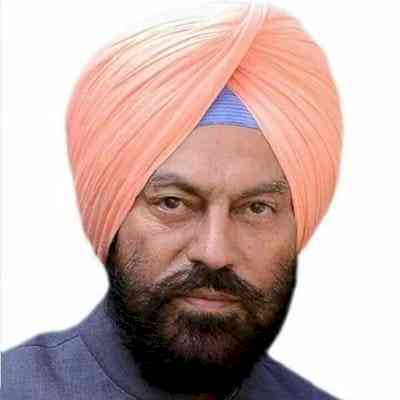 Ferozepur: On the 113th Birth Anniversary of legendary revolutionary Shaheed Bhagat Singh, Punjab Sports and Youth Services Minister Rana Gurmit Singh Sodhi, on Monday, presented a gift to the hockey fans and especially youngsters of border region by announcing that a Hockey Astroturf would be laid at Shaheed Bhagat Singh Stadium at Ferozepur.

Disclosing in a press communiqué issued here today, Rana Sodhi said that the decision to lay down the Astroturf with a cost of Rs.5.5 crore at Ferozepur would be a great gift for the youth of the border region on the occasion of Birth Anniversary of Shaheed Bhagat Singh, the biggest inspiration for the youth of the country. “This Astroturf would be of great benefit to the Ferozepur region as well as the adjacent cities Faridkot, Moga and Tarn Taran, which are considered as a stronghold of the hockey”, he added.

The Sports Minister further announced that after laying the Astroturf, Shaheed Bhagat Singh Hockey Cup would be held every year in which renowned players of the country would take part.

Pertinent to mention that a single family from Ferozepur city has produced hundreds of hockey players including the great hockey Olympians Harmeet Singh, Ajit Singh and Gagan Ajit Singh, while Faridkot city has produced big players like Saini sisters, Rajinder Singh Senior, Chand Singh and Rupinderpal Singh. Apart from this, Moga and Tarn Taran districts have contributed a lot to India in the field of hockey.

He said that the state government was making all out efforts for the development of sports and sports persons in the state. “The sports policy of the state government was a right step towards this direction as it provides jobs as it emphasizes not only on enhancing the prize money of various National and International tournaments but also ensuring a robust and top-notch sports infrastructure in Punjab aiming at producing champions for national and international events”, he added.

KMV only women college in the Punjab to have science departments with star status...