The short film is titled, “ਸੂਰਜੁ ਏਕੋ ਰੁਤਿ ਅਨੇਕ” - The Seconds, Minutes, Hours, Days, Weekdays, Months and Seasons all originate from the one Sun” 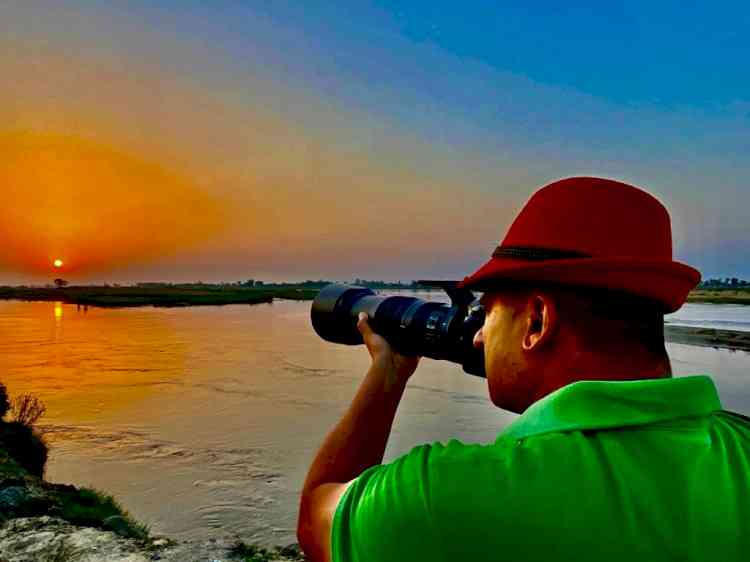 Ludhiana: Today on the eve of World Theatre Day, A Short film titled, “ਸੂਰਜੁ ਏਕੋ ਰੁਤਿ ਅਨੇਕ” - The Seconds, Minutes, Hours, Days, Weekdays, Months and Seasons all originate from the one Sun” made by High Court Lawyer and Nature Photographer Harpreet Sandhu projecting the majestic spectacles of beautiful Sunsets from different locations around the banks of River Sutlej and the confluence of Doaba and Malwa region, was online released Worldwide today.

This short film made by Harpreet Sandhu beautifully portrays the nature scenery and sun down around the banks of Sutlej , specifically highlighting the railway bridge on river Sutlej from where thousands of people cross every day by trains or by roads but are unaware about the beautiful locations on both sides along the banks of River Sutlej. The film projects the locations around river Sutlej which is almost lesser known to most of natives of Punjab. The main motive behind making this film is to give a message to all that majority of us never value the significance of nature in human life and we often and on miss the delightful beauty of nature which has been gifted to us due to our work engagements, thus we all must focus towards aptly using time during our sojourn on Mother Earth.

Justice Jasbir Singh Former Judge Punjab & Haryana High Court - Chairman National Green Tribunal, after previewing the short film, today has described this innovative work by Advocate Harpreet Sandhu for making such a meaningful film depicting the sunset at river Sutlej which is no less than sunset at Kanya Kumari or any other location in our country.

Director of the film Harpreet Sandhu who has a passion for the Nature photography said that, “Photography helps people to see the truth”, he further said that this film will be of interest for the entire humanity to understand the changing perspectives of nature enabling  to understand Almighty’s loud and clear message to mankind that, “Nature will be alive forever but mankind will be not.

No case of Corona-Virus reported in district so far, DC...