Punjab Government committed for welfare of farmers of state: Bindra 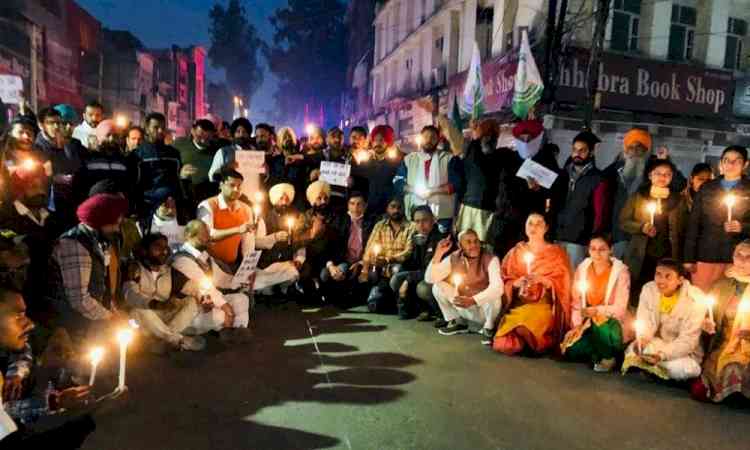 Ludhiana: Farmers are the backbone of the State and we stand shoulder to shoulder in this farmers' struggle. These views were expressed by Sukhwinder Singh Bindra, Chairperson, Punjab Youth Development Board.

Bindra said that this struggle is not only of the farmers of Punjab, it had also become an issue of Punjabis and the farmers of the country. In this peaceful peasant struggle against the three black agriculture laws passed by the Center, the Captain Government of the State has fully sided with the peasants. He said that the prosperity and progress of a State depended on the economic prosperity of the farmers of that State. S. Bindra said that a farmer who feeds the whole country should solve his problems on priority basis.

He said that Punjab Youth Development Board under the leadership of Chief Minister Capt Amarinder Singh is committed for the Welfare of farmers and the Youth of the State.

Schedule for preparation of electoral rolls for municipal elections announced

All shops, malls, restaurants, hotels to remain shut on...

PUNJAB GEARS UP TO HANDLE INFLUX OF NRIs, STRANDED PEOPLE...