The stalemate between protesting farmers and the Punjab government led by Bhagwant Mann ended on Wednesday with a consensus on most of their demands, comprising beginning paddy sowing from June 10.
Ians
IANS
May 18, 2022 06:44 PM
(Updated 18:44 IST)

Chandigarh, May 18 (IANS) The stalemate between protesting farmers and the Punjab government led by Bhagwant Mann ended on Wednesday with a consensus on most of their demands, comprising beginning paddy sowing from June 10.

They later called off their protest that began a day earlier on borders of the state capital Chandigarh, similar on the lines of the year-long protest against the Centre's farm laws at the Delhi borders that ended with the revoking of the three Central farm laws.

The meeting between the Chief Minister and leaders of 23 farmers' unions under the banner of the Sanyukt Kisan Morcha that lasted for over two and half hours here.

After the meeting, Rural Development and Panchayats Minister Kuldip Singh Dhaliwal reached the protest venue in Mohali, near here, where thousands of farmers had been staging a sit-in protest since Tuesday.

He said the meeting of the farmers with the Chief Minister was fruitful and the farmers accepted to end the protest. There was a consensus on 12 out of 13 demands of farmers.

The prominent demands include minimum support price (MSP) for the purchase of maize, basmati and moong (pulses) that the government has assured, ending staggered paddy cultivation from June 18, electricity prepaid meters not to be installed, besides a compensation of Rs 500 per quintal for those who suffered losses due to early onset of early summer.

The farmers on Wednesday threatened to break the barricades set up on borders to march to the Chief Minister's residence in Chandigarh if their demands were not met.

After the meeting, farmer leader Jagjit Singh Dallewal told the media that the Chief Minister has accepted their demand to divide the state into two zones for sowing of paddy instead of four.

"Now half of the state would be able to sow paddy from June 14, while the rest from June 17. We have been asked to divide the districts into two zones. Earlier, the government had ordered that the sowing would start from June 18 in a staggered manner in the four zones," he said.

The government assured the farmers that they would get MSP on moong (lentils) and a notification in this regard has already been issued.

At the meeting, the Chief Minister asked the farmers to immediately go for paddy nursery so that paddy transplantation could be ensured within the stipulated time schedule.

He apprised the farm leaders the government has already issued a notification to procure the entire crop of 'moong' on MSP of Rs 7,275 per quintal.

He also assured them that the government is already in the mode of finalizing modalities to procure maize too on MSP to give boost to its ambitious programe of crop diversification.

On the issue of MSP for basmati, the Chief Minister said he would call on Union Home Minister Amit Shah on Thursday to impress upon the government of India to immediately announce MSP on basmati so as to encourage the farmers to go for its cultivation in a big way by shifting from water guzzling paddy.

He also told the farmers that he would also take up the contentious issue of the Bhakra Beas Management Board (BBMB) with Shah for expeditious resolution to the satisfaction of all stakeholders.

Mann urged the union leaders to give him some time for at least one year to bring farmer-friendly reforms in the agriculture sector.

At the same time, he urged them to shun the path of agitation and if they had any grouse against the government they should sit across the table to finally find an amicable solution.

Responding to another issue raised by the farm unions, Mann said the government would soon come out with a comprehensive policy for bestowing ownership rights on the cultivators who had been in possession of panchayat land and cultivating the same since long to convert the barren land into cultivable.

In a related development, the Cabinet led by the Chief Minister approved Rs 1,500 per acre incentive to the farmers for sowing of paddy through the Direct Seeding of Rice (DSR) technology.

A sum of Rs 450 crore has been earmarked to provide incentive to the farmers for promotion of less water consuming and cost effective DSR technology.

This step would be instrumental to save nearly about 15-20 per cent water as compared to the conventional puddling method during the lifecycle of crops.

At present, the water table is falling at rate of 86 cm per year, leading to a precarious situation, where no underground water will be available across the state in coming 15-20 years.

According to a spokesperson for the Chief Minister's Office, this technique will encourage majority of farmers to adopt as it needs far less water for irrigation, improves percolation, reduces dependence on farm labour and improves soil health and help enhancing yield of both paddy and wheat by 5-10 per cent.

The tempers of the protesting farmers had ran high a day earlier as the Chief Minister failed to meet the leaders over their demands and left for Delhi.

Late in the evening, Mann said the agitation was "unwarranted and undesirable" and asked the farm unions to join hands with the government for checking the depleting water table. 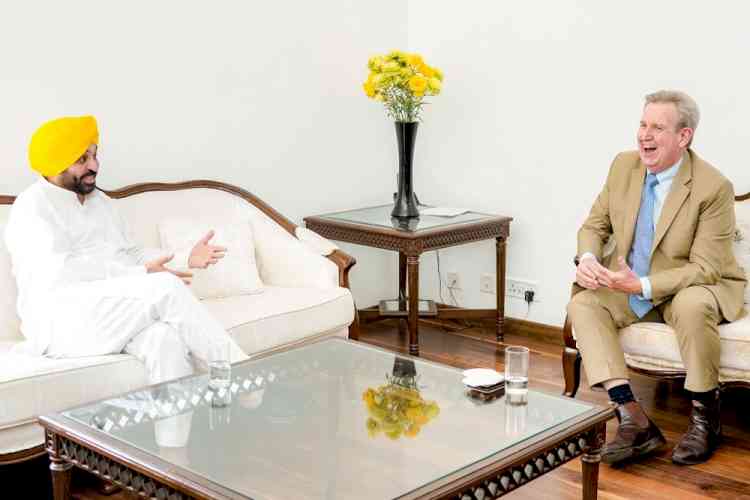 Aus keen to forge pact with Punjab in agriculture , skill... 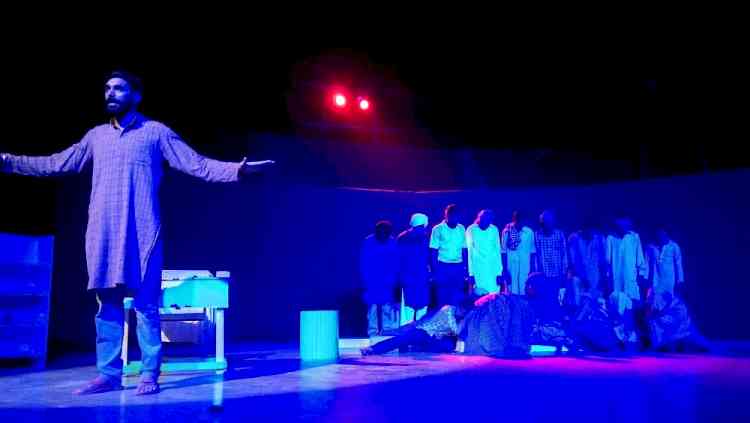 Play `Mere Lok’ depicted theory of system and stress on... 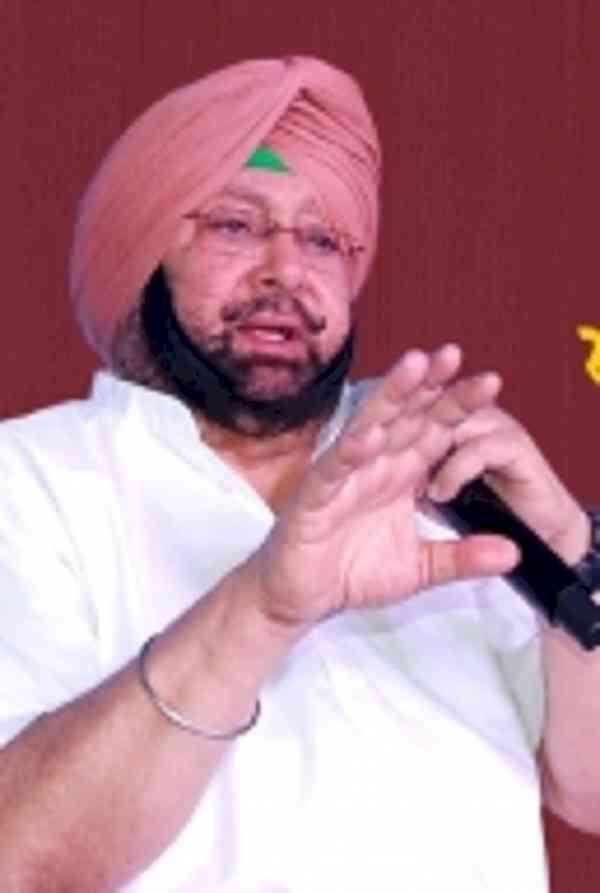 Amarinder's exit will not affect the party: Congress 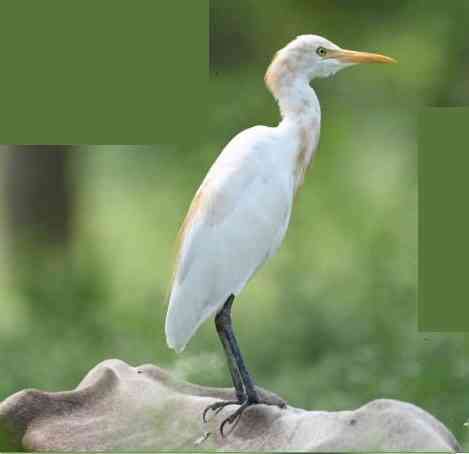 PMO seeks reports from state govt on Mattewara Forest and...