Chandigarh:
To facilitate seamless e-learning in government schools amid Covid-19 pandemic, the Punjab Cabinet on Monday approved modalities for distribution of mobile phones to nearly 2.15 lakh students of class 12 for the academic session 2021-22 under ‘Punjab Smart Connect Scheme’.
This decision was taken during a Cabinet meeting chaired by Chief Minister Captain Amarinder Singh here at Punjab Bhawan this evening.
Notably, the state government has allotted a budget of Rs.100 crore to the School Education department for the scheme for the financial year 2021-22. As many as 1,75,443 regular students (boys & girls) studying in class 12 of government schools have already been given mobile phones last year.
According to a spokesperson of the Chief Minister's Office, realising the benefit of imparting online education remotely to the students through the distributed smart phones, particularly in the adverse pandemic situation last year, it has now been decided to extend the scheme to the students to be admitted in class 12 of the academic year 2021-22.
The procurement shall be carried out through Punjab Infotech, under the Industries & Commerce department. The mobile phones to be distributed under the scheme shall have various smart features such as touch screen, camera and pre-loaded government applications such as e-Sewa App with e-content related to Class 12 as approved by School Education department.
It may be recalled that the Punjab government had announced this scheme with the objective to provide digital access to youth and information regarding education, career & skill development and employment opportunities besides basic citizen centric services through government applications etc.
GIVES POST FACTO APPROVAL TO AMENDMENT IN PART-II B OF PPSC (LIMITATION OF FUNCTIONS) REGULATION, 1955
To further speed up the process to fill nearly one lakh vacancies in various departments, boards, corporations, agencies of the state government during the year 2020 to 2022, the Cabinet gave post facto approval to amend Part-II B of the Punjab Public Service Commission (Limitation of Functions) Regulation, 1955, by putting these posts into Commission's purview.
It may be recalled that PPSC had brought into the notice of the State Government that different departments have sent their requisitions to it for direct recruitment of those vacancies that were earlier covered under Class III rules and which have been notified. Although, as per new grouping of 5th Pay Commission, these posts have fallen in Group-B Rules but the departments have not yet notified their Group-B rules. Further, due to the applicability of new Central pay scales on new recruitments, old grouping became irrelevant. As per the Punjab Public Service Commission (Limitation of Functions) Regulations, 1955, only Group A and B recruitment can be done by the Commission. Due to this, such requisitions are being sent back by the Commission to the concerned departments. Therefore, the Commission has requested for giving some common guidance in this regard, so that the delay occurring in the recruitment process due to returning of requisitions may be reduced.

CABINET OKAYS REDEVELOPMENT, O&M OF CIRCUIT HOUSES AT AMRITSAR, LUDHIANA AND JALANDHAR ON PPP MODE
Chandigarh: In a bid to improve efficacy of available resources and optimize the utilization of assets, the Punjab Cabinet led by Chief Minister Captain Amarinder Singh on Monday gave approval for Redevelopment, Operation & Maintenance (O&M) of Circuit Houses at Amritsar, Ludhiana and Jalandhar on Public Private Partnership (PPP) mode.
Disclosing this here today, a spokesperson of the Chief Minister's Office said that Punjab Infrastructure Development Board (PIDB) being the nodal agency of the state has been authorised for taking necessary action in this regard.
The spokesperson further said that the General Administration department intends to develop and operate circuit houses at Ludhiana and Jalandhar on Public Private Partnership (PPP) mode to be operated as Circuit Houses-cum-Hotels.
Pertinently, the General Administration department operates 10 Circuit Houses in Amritsar, Jalandhar, Ludhiana, Bathinda, Ferozepur, Faridkot, Patiala, Gurdaspur, Chandigarh and Shimla. In addition there are two Punjab Bhawans in New Delhi and Chandigarh. These Circuit Houses were developed for stay of Government Officers/Officials visiting different district headquarters for official work. However, over a period of time on account of recurrent expenditure on maintenance and updating of the facilities of Circuit Houses lead to financial burden on the state government. Further, the quality of services has also gone down significantly. High fixed costs apportioned over significantly lower capacity translates into poor economics on account of high operating expenses vis a vis the realizations.

120 vacancies of technical assistant to be filled in Punjab Warehousing: Raman Behl

Chairmen Dewan and Bawa listen to problems of industries 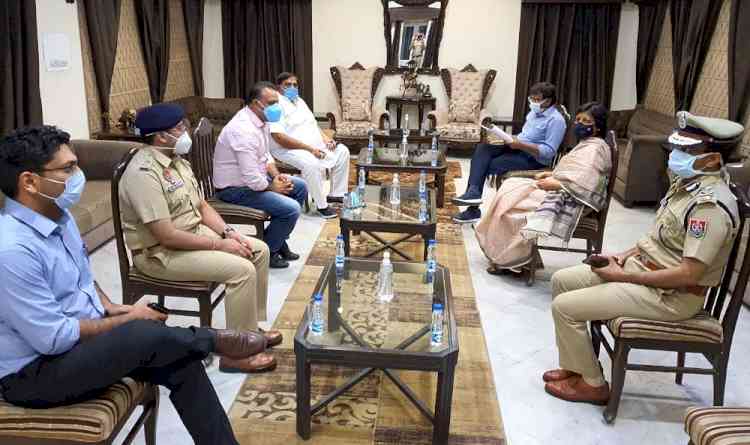 Punjab government to allow industry to operate in mixed... 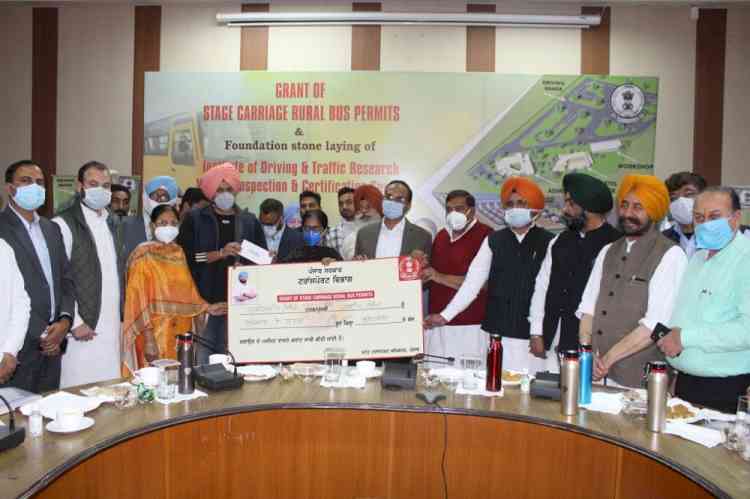 Left parties to hold rally against CAA, NPR and NRC on...