If SAD had little self-respect, they would have ended alliance with BJP: Jakhar 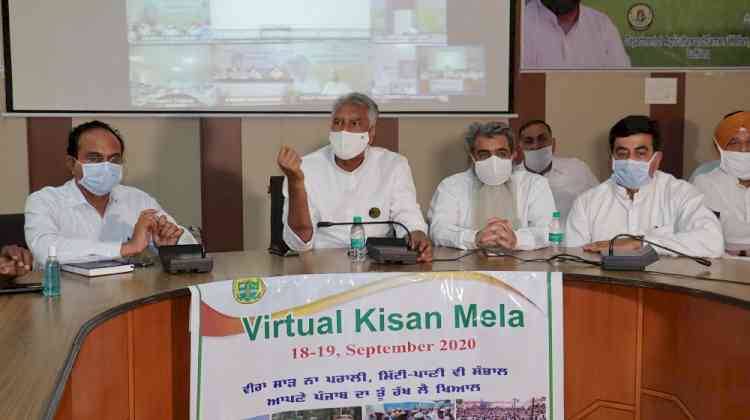 Ludhiana:Terming new farm legislations being forced on to the nation as dark clouds looming on the farm sector, Punjab Pradesh Congress Committee (PPCC) chief Sunil Jakhar on Friday, said that if these black laws will be implemented farmer community will be destroyed.

Jakhar, while addressing the launching of the fair said that there can be no food or nutritional security until farmers have financial security, which the central government was destroying with these new laws.

Lashing out at Harsimrat Kaur Badal, who quitted union cabinet to protest against farm ordinances, Jakhar said that it was just her compulsion to show false sympathy with the farmers. “If SAD had little self-respect, they would have announced to end the alliance with the BJP over their destroy farmers, destroy Punjab conspiracy,” he said.

He said that had Harsimrat and party president Sukhbir Singh Badal stood with farmers and put pressure on their ally on very first meeting the current situation may not have arisen. “Actually, Sukhbir was already an advocate to this black law and unsuccessfully tried to befool the farmers,” he added.

Jakhar also ensured farmers to fight against these black laws together as this was a question of the security of the entire country’s farmer community. He said that Congress would go to any extent to fight the rights of farmers.

Meanwhile, Chief Minister Captain Amarinder Singh in his address congratulated and appreciated the efforts of Cabinet Minister Bharat Bhushan Ashu for conducting smooth and successful procurement of the wheat crop amid COVID-19 pandemic. He asked Ashu to prepare for another challenge to procure the paddy and ensure that farmers won’t face any hassle in selling their crop.

People of Punjab suffer due to poor condition of government hospitals: Jarnail Singh