Post pandemic, it will take years to get back on track: CT Group MD 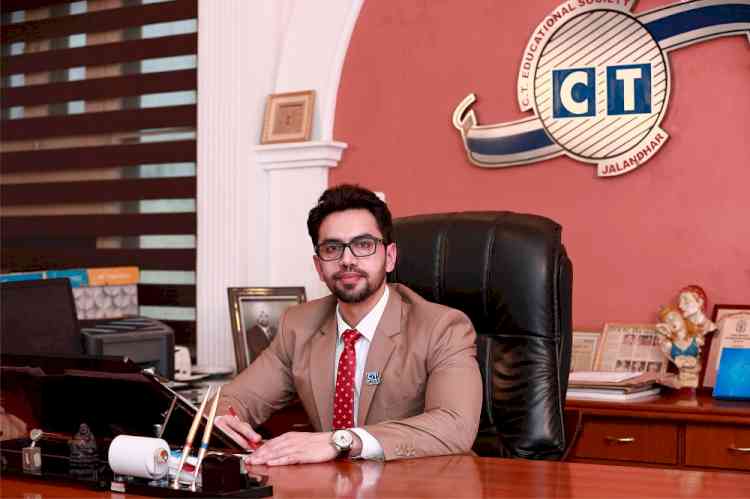 Jalandhar: The petrifying and severe impact of COVID-19 has shaken the world to its core. In India, the government as a part of the nationwide lockdown had closed all educational institutions for months now. As a consequence of which, learners ranging from pupil, school children to postgraduates, are affected. Not only has it affected the students, the managements of educational institutes have also been adversely affected in many ways.
CT Group Managing Director Manbir Singh has raised numerous concerns that almost all educational institutions at large are facing. During initial stages of lockdown, school and colleges weren’t permitted to ask for fees from students and on the other hand, there were strong instructions about salary payments in earlier days of the lockdown.  Sharing about the major issues by the Group, Manbir said, “We’re waiting for the pending funds pertaining to the PMS (post-metric scholarship) to be released by the Government. Due to delays and nonpayment of these funds, we have been facing financial crunch since years. Now, due to Corona Virus outbreak, the situation has worsened further. Though students can’t come to the campuses for more than 3 months now, yet we have been doubling our efforts to ensure the students are being taught regularly by focusing thoroughly on online classes. Our teachers have left no stone unturned in imparting education to students during this lockdown too. But, when it comes to ask for the fee from the parents, suddenly there is belligerence against school/colleges from every corner. Isn’t it obvious that in absence of any sort of revenue it would be extremely difficult for an employer to release salary? However, we’re grateful to Honorable Punjab and Haryana High Court for their June 29, 2020’s verdict in favor of unaided schools in which schools are now permitted to take annual and tuition fees from the students; we see this as a blessing, a little ray of hope towards a bright future.”
Other major issue occurring; is about the transportation services provided by the educational institutions – as these were halted due to the lockdown impositions, but the liabilities like government dues (taxes, permits, fitness etc), were never waived - off and moreover, the employers were asked to pay the salaries of drivers and helpers. Although the dues were postponed but never waived-off which is becoming the unbearable burden.
Sharing more pain of an entrepreneur, he said, “The businessmen opted for acquiring new loans or selling assets to play a vital role in helping government during this pandemic. But, opting for such ways has affected the employers badly.”
For future, Manbir is hopeful to see a silver line but believes that even when the lockdown will be completely revoked; it will take all establishments at least a couple of years to begin to stabilize, both financially and operationally and in order to achieve that, educational institutions will be needing the government to release the pending funds.

Webinar on contribution of Arya Samaj during covid organised...