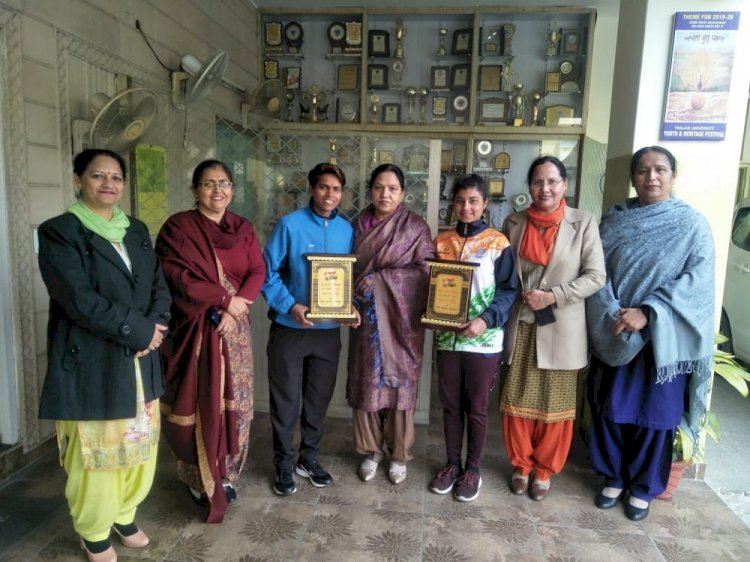 Congratulating both the brilliant players Principal Dr. Inderjit Kaur expressed her joy by saying that it is a matter of great pride for us that the players of our college have received the prestigious awards that would inspire the other players to achieve the same by improving their performance.

Dr. Rajeshwarpal Kaur Head, Dept. of Physical Education praising the efforts of both the players asserted that it is indeed the outcome of the sheer devotion and hard work of these players that has helped them to achieve what others dream of and with such determination they will keep on achieving higher goals in their future also.

S. Ranjodh Singh President Ramgarhia Educational Council expressed his views by saying that this achievement has indeed proved that this is the era of girls and that they are in every manner better than their male counterparts.(January 28)

US sweep Brazil to win their first women's Olympic volleyball...

Bhavina Patel: A journey from setbacks to success