Over 100 mobiles recovered from snatchers

Handed over to their owners by Ferozepur police 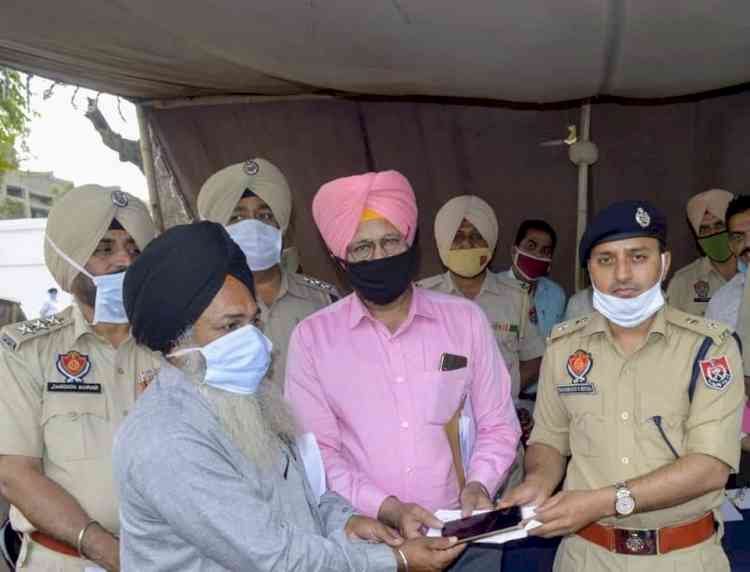 Ferozepur: The Ferozepur Police today handed over more than 100 Mobile Phones which had been snatched or stolen during the last few months back to their actual owners.

Giving the details, Bhagirath Singh Meena SSP said that the police had received 142 complaints at various “Sanjh kendras” and Police Stations about the theft or snatching of mobile phones during the last few months. “With the help of the latest software and digital techniques, our techical team traced the EMI numbers, and managed to recover 103 mobiles” said Meena. SSP said that a technical wing has been set up under Sub Inspector Gurdev Singh which is constantly tracking all such cases.

After the recovery of the mobile phones from various miscreants, the police contacted the owner of the mobile phones and subsequently, after verifying the ownership, 103 mobile phones were handed over to them. We have some other mobiles which were recovered but could not be handed over back to their owners as they were non functional or their ownership details could not be ascertained, said SSP, adding that keeping in view of the incidents of snatching, the patrolling has been intensified and special nakas have been set up besides all the vehicles were being checked thoroughly