Extends solidarity with the struggling farmers and support their demands 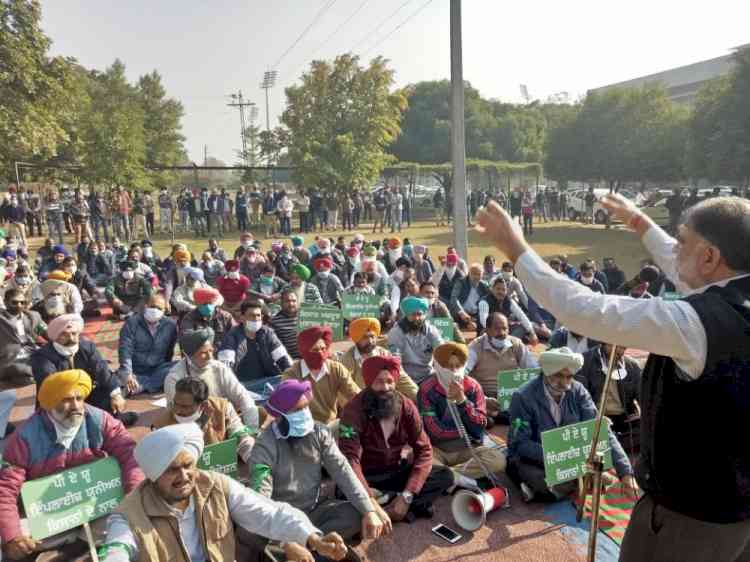 While addressing the demonstration Com Naresh Gaur, said that on the 26th of November, 2020, bank employees under the banner of AIBEA observed the protest strike against the various anti-worker, anti- kisan policies of the Central Government along with the millions of workers all over the country. The demand for withdrawal of the three Farm legislations undemocratically passed by the Parliament was one of the important issues of the strike. The fear and apprehensions of the farmers are very genuine. Hence it is the duty and responsibility of the Government to address their concerns. It is unfortunate that the Government instead of resolving their genuine concerns amicably are adopting a negative attitude.

He said, “We also extend our total solidarity with the farmers who are on a rightful struggle. We also urge upon the Government to come forward and resolve their demands in the interest of the nation and farmers.”

Bhushan Kumar’s next Dhvani Bhanushali’s music video Nayan will be this year’s cutest...