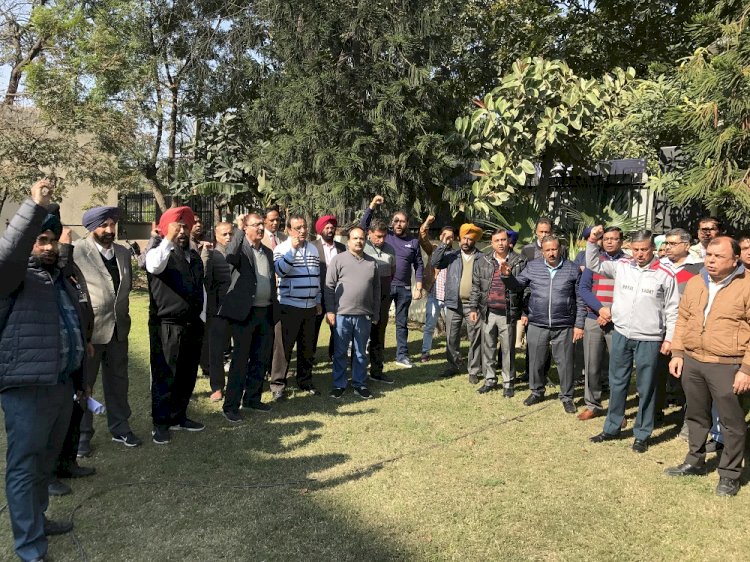 Ludhiana: The Union Finance Minister announced while presenting the Union Budget on February 1, 2020 that LIC would listed in the Stock Exchange and the government would sell part of its stake via public offering.

The NZIEA – Northern Zone Insurance Employees” Association strongly opposes this move of the government. At present, the government holds 100 % stake in LIC. The domestic savings of the policyholders helps capital formation and is utilized for developmental activities in the country. The immense contribution of LIC to the Five-Year Plans, investments in social sector to the tune of more than 80% of its total investment, etc., for the last 63 years will receive a great set back with this move of the government. This is obviously against the national interests.

The LIC today is growing at a rate which is much more than the growth of GDP. The last six months of this financial year have been particularly phenomenal for LIC’s growth. The LIC stands tall in the insurance industry with a huge market share of over 73%. The claim settlement record of LIC is also exemplary. At a time when the government is facing a severe resource crunch because of dwindling tax collections, disinvestment of LIC would amount to squandering away precious resources for the benefit of the Corporate houses. The LIC has recently paid a dividend of Rs.2,611 crore to the government of India against an initial Equity of Rs.100 crore. The LIC also has the proud distinction of contributing more than 25% to the total budgetary efforts of the government of India. Selling part of LIC’s stake to private interests and its disinvestment would be a surest blow to the resource mobilization efforts.

While releasing the press note, Amarjit Singh, Divisional Secretary, Ludhiana told that LIC Employees under the banner of AIIEA – All India Insurance Employees’ Association alongwith Class-I Officers’ Association and National Federation of Insurance Field Workers’ Association have decided to go for one-hour walk-out strike preceding lunch recess on 4th February, 2020 as an immediate protest action. He called upon the government of India to drop the move to list LIC in stock-market and strengthen LIC in the public sector in the interest of the economy and 40 crore policyholders. (February 3)