The new episodes will showcase new dynamics between the characters 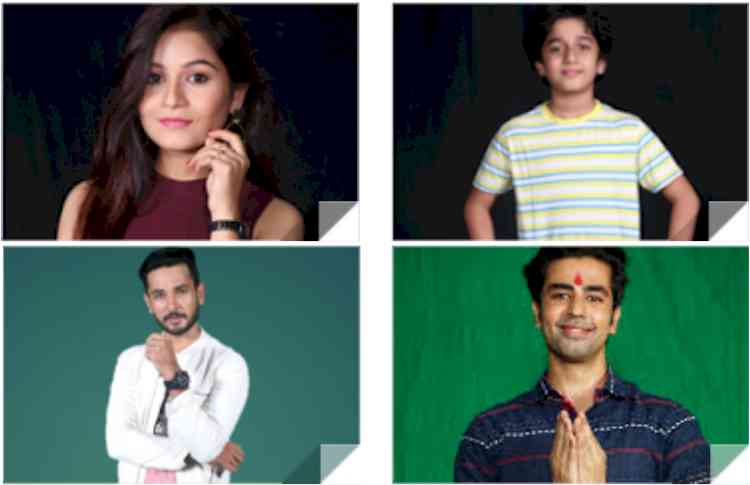 Sony SAB takes their viewers into the Khushiyon Wala Zone as they gear up to bring back everyone’s favourite Gokhale and Thakkar families. Bhakharwadi, the light hearted family entertainer will not only be making a comeback with fresh episodes soon but is set take the viewers couple of years ahead as the show is set to take a leap.
The journey between the Gokhale and Thakkar families is all set to take a dramatic turn. The new episodes with the upcoming leap will also witness the addition of Gayatri and Abhishek’s son, Krishna, to be played by child artiste Harminder Singh. Joining the cast along with Harminder are Devanshi Somaiya as Ujjwala, Nitin Bhatia as Mandar and Prashant Savaliya will be portraying the role of Chirag, Urmila’s nephew.
The new episodes will showcase new dynamics between the characters where the funny banter between the Thakkar and Gokhale family would leave a lingering smile.
Nitin Bhatia, who will be playing the role of Mandar is thrilled about being a part of the show and he shared, “I am really excited to be a part of Sony SAB again with Bhakharwadi. I have also been a part of several projects with Hats off Productions in the past and I am delighted to be working with them again. I am enjoying my character Mandar and since Mandar is close to Anna, I have done some of my first scenes with Deven sir and it has been an amazing experience. The vibe of the entire team is so calm and nurturing that I didn’t feel like I am a newbie here. While we are all shooting in these uncertain times, I was relieved to witness the precautions taken by the team to ensure everyone’s safety. I look forward to this new journey and stay tuned to Sony SAB as we are coming back soon.”

It is indeed overwhelming to be back on set says Gulki...

Gippy Grewal out now with rare sad, romantic song Me &...

Speak out: Sony SAB artists speak about the festival of...