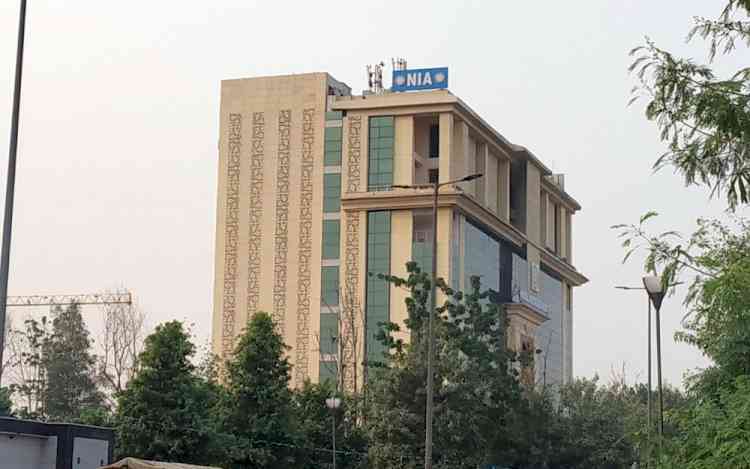 New Delhi: The National Investigation Agency (NIA) on Wednesday said that it is carrying out searches at five locations in Jammu and Kashmir and Karnataka in Kerala ISIS module case, officials said.

An NIA official related to probe told IANS, "Multiple NIA teams are carrying out searches since morning at three locations in Jammu and Kashmir and one location in Bengaluru and Mengaluru."

The case pertains to the terrorist activities of a group led by one Mohammed Ameen of Kerala.

The group has been running various ISIS propaganda channels on different social media platforms such as Telegram, Hoop and Instagram for propagating the violent Jihadi ideology of ISIS, and radicalising and recruiting new members to the module.

The NIA had registered a case against seven known and other unnamed persons under relevant sections of the Indian Penal Code and the Unlawful Activities (Prevention) Act on March 5, 2021.

The NIA official said the group of radicalised individuals, under the leadership of Ameen and having pledged allegiance to the proscribed terrorist organisation ISIS, had identified certain people in Kerala and Karnataka for targeted killing.

Paytm offers cashback up to Rs.2700 on LPG cylinder booking

COPD patients at higher risk of getting severe Covid infections:...

IT Park will be ready in two years: MLA