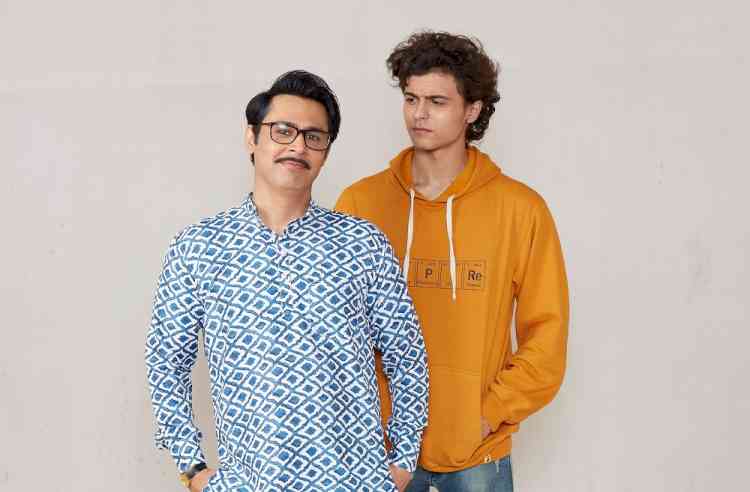 With a unique concept and a heart-warming yet comical story, Sony SAB’s show Tera Yaar Hoon Main has been receiving immense appreciation from the viewers. Rajiv (Ssudeep Sahir) is committed on becoming his son Rishabh’s (Ansh Sinha) friend but it isn’t as easy for him as he thought. Making a fake social media ID to be Rishabh’s friend, Rajiv finally felt like he was coming closer to his son. However, Rajiv’s truth is revealed, in front of Rishabh’s friends.

Rishabh’s friends at school start teasing him on what his father did. Initially avoiding any fight with his schoolmates, Rishabh is provoked to give it back to them by a new boy, Shubham (Raghav Dhir). Proving to be a bad influence on Rishabh, Shubham encourages him to indulge in unpleasant activities, eventually suggesting him to lay some tough rules for his father to follow, in order to become his friend. Assuming his father will back out from the thought of becoming his friend, Rishabh introduces Rajiv to ‘Bro Codes’. This presents a series of tasks for Rajiv, forcing him to do unimaginable things like late night sneak outs with Rishabh, just like a friend.

While Rishabh is struggling to keep his father from becoming a friend, his sister Trishala (Neeharika Roy) is shocked by a marriage alliance that Dadaji (Rajendra Chawla) has brought for her. Although Jhanvi (Shweta Gulati) stands against her daughter’s early marriage, Dadaji, with a conservative mindset, believes that it is best for Trishala to get married at this age.
Will Jhanvi be able to stop her daughter’s early marriage? Will Rajiv go out of his way to become Rishabh’s friend?

Ansh Sinha, playing the role of Rishabh said, “Rishabh was extremely embarrassed when he came to know his father posed as a girl to be his friend. Rishabh finds a friend in a new guy Shubham, who will eventually prove to be a bad influence on him. It will also be very interesting for the viewers to watch what Rajiv is made to do under ‘bro-codes’ and whether he is able to become Rishabh’s friend. The upcoming episodes will bring a lot of laughter and some adorable moments between Rishabh and Rajiv, which the viewers will definitely enjoy.”

Neeharika Roy, playing the role of Trishala said, “Trishala is shocked as Dadaji has brought in a marriage alliance for her. Though Dadaji has her best interest at heart, Trishala is extremely terrified and doesn’t want to get married at an early age. Her mom and dad are standing on her side, trying to convince Dadaji against the marriage. However, it is not going to be that easy, given Dadaji’s conservative mindset.”