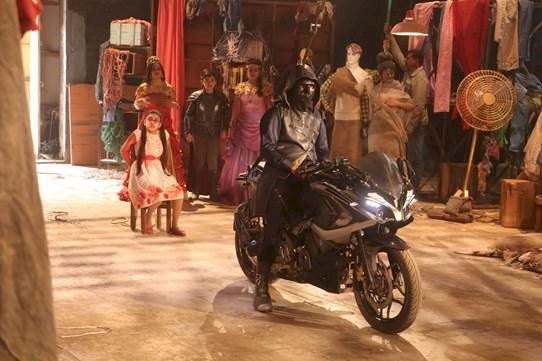 Sony SAB’s fantasy show Baalveer Returns has kept its audiences glued to the screens as it continues to raise the mystery quotient. With Baalveer (Dev Joshi) losing his powers, a new hero- Nakaabposh is here to save the world.
While Timnasa (Pavitra Punia) tries to take advantage of Baalveer’s loss of powers, all her attempts are destroyed by the mysterious Nakaabposh. This leaves Timnasa and the others wondering if Nakaabposh is Baalveer himself, who is currently living in Bharat Nagar as Debu. In order to find out who Nakaabposh is, Timnasa holds Debu and Vivaan (Vansh Sayani) captive, just when Nakaabposh arrives leaving everyone in shock. Vivaan and Debu are rescued but now the real question is -who is Nakaabposh?
Timnasa is determined in her efforts to know the truth about Nakaabposh while she is also reminded of the invisible power on Earth that is capable of killing her.
Pavitra Punia, playing the role of Timnasa said, “Timnasa doubted Baalveer to be Nakaabposh but she was left disappointed. While she now wants to find out who actually is Nakaabposh, she is also fighting for her life as Sarvakaal has informed her of a power on Earth that can kill her. It will be interesting for the viewers to see what will Timnasa’s next move be and will she be defeated again.”

How is Vivaan turning people into stone