No play was possible in Dharamshala due to rain 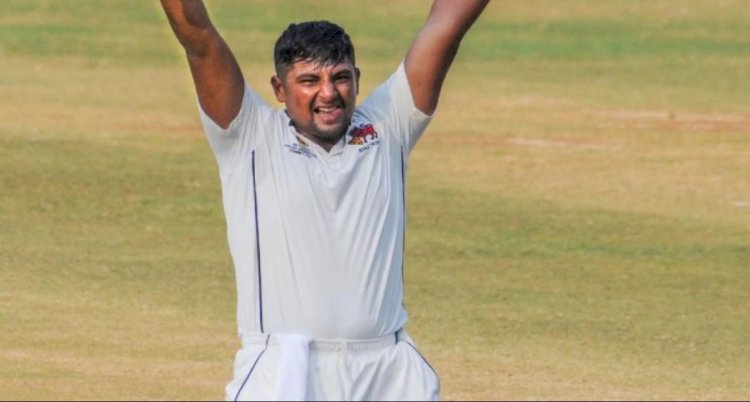 Dharamsala: Mumbai were static at their overnight score of 372/5 against Himachal Pradesh as no play was possible in Dharamsala due to rain. The second day's play has been called off in Dharamsala with Mumbai 372 for five in its first innings. Sarfaraz Khan, batting on 226, and Shubham Ranjane, batting on 44, are the two unbeaten batsmen.

Earlier on Monday, Sarfaraz Khan has become only the 2nd Indian player after Tamil Nadu's WV Raman to follow up a first-class triple hundred with a double hundred. Raman had achieved the feat with scores of 313 and 200 not out in 1989.

Sarfaraz came in at a similar situation with Mumbai reeling at 16 for 3 in their 1st innings. The 21-year-old began cautiously as he lost his partner Siddesh Lad when Mumbai were on 71. However, Sarfaraz grew into his attacking self during his 143-run stand with captain and wicketkeeper Aditya Tare who made 62. Sarfaraz, at the time of writing this report, was involved in a 100-plus stand with No. 7 batsman Shubham Ranjane. Sarfaraz was batting on 226 from 213 balls, having hit 32 boundaries and 4 sixes before bad light halted play during the 3rd session of Day 1 of the Ranji Trophy match in Himachal Pradesh.

Hyderabad FC and SFL tie up to promote football at grassroot...