Jyothi and Kiran emerge as winners 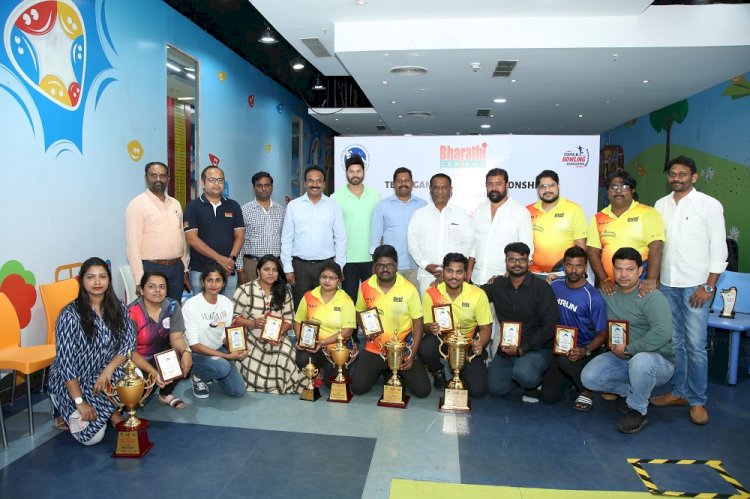 Hyderabad: TBA (Tenpin Bowling Association)-Telangana conducted the Telangana State Championship 2020 at Funcity, Inorbit Mall. Bharathi Cement in association with Lumberman Tech Furniture Pvt Ltd and Octopus group has presented the state level championship. Sports Authority of Telangana State chairman, A Venkateshwar Reddy was the chief guest for the finale.
“Telangana State Championship 2020 has been the biggest opportunity till date for all the bowling players in Hyderabad. We had a phenomenal finale in which all the players participated with a competitive spirit.  The past 3 tournaments really brought out the best players to compete for this championship. I am very positive that we are going to find much great talent and passion for the sport in Telangana in the days to come”, says Rahul Reddy, President of Tenpin Bowling Association (Telangana).

TBA, the first bowling community to be formed post the emergence of Telangana has been aiming to create awareness and promote the sport of bowling in the state of Telangana and has successfully organized 3 state-ranking tournaments in 2019.
“Telangana Govt has always been encouraging the sport (bowling) in Hyderabad. We believe that there is great talent for this sport in the state and we consider it an honour to endorse the state youth for such championships. It was overwhelming to see such a huge response, including the participation from women,” said the chief guest  A Venkateshwar, Sports Authority of Telangana State Shairman
Jyothi and Kiran bagged the winning position, while Mamathe and Gotte Naresh won the runner up positions.
Malla Reddy, Vice President Marketing,  Bharathi Cement said “ It’s a wonderful moment for Bharathi cement that we could associate with this championship. It is such a spectacle to see the zeal youngsters are displaying for the sport. We look forward to collaborate for many such matches in the near future”
A total 8 players from Telangana have been qualified for the national trails, the largest number in India from any state. The players are:
i)              Premchand
ii)             Karthik Verma
iii)            Md. Afsar
iv)           Krishna Reddy
v)            Thribhuvan P
vi)           Adithya Y
vii)          Harsha Y
viii)         Omkar N