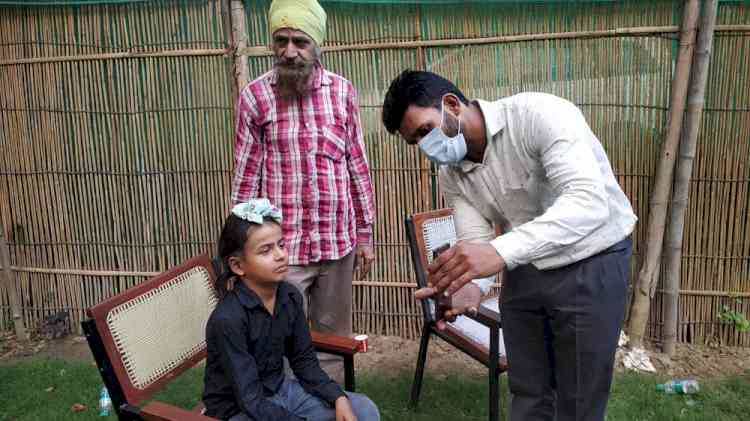 Ludhiana: Moved by the plight of 10-year-old Vansh Singh, whose  video of selling socks on Ludhiana roads to support his family had gone viral, Punjab Chief Minister Captain Amarinder Singh on Friday announced full government financial support in his education, besides Rs 2 lakh in immediate assistance for for the family.

The Chief Minister directed Ludhiana DC to ensure that Vansh, a drop-out, rejoins his school, with all expenses for his education to be borne by the start government.

The Chief Minister, who spoke to Vansh and the family on a video call after seeing the boy’s video of refusing a car occupant’s offer of Rs 50  extra, over and above the cost of socks, said he was impressed by the boy’s self-esteem and dignity. The boy’s video had captured millions of views  on social media, with people lauding his honesty and dignity.

Vansh's father Paramjit also sells socks and mother Rani is a homemaker. Vansh has three sisters and an elder brother, and the family lives in a rented accommodation in Haibowal locality.