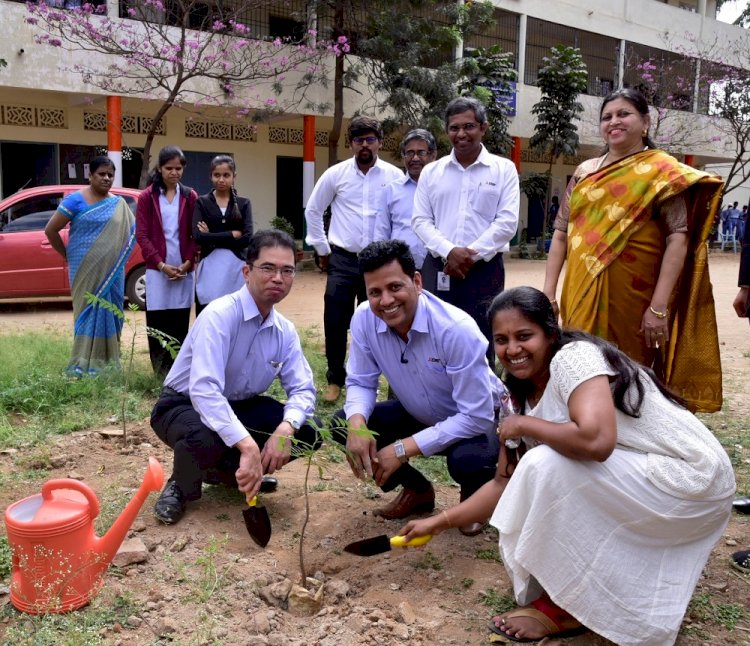 Bengaluru: Mitsubishi Electric India is carrying out its CSR initiatives across various cities in India. It is the company’s endeavor to fulfill the necessities of society and nurture future generations. Mitsubishi Electric is supporting the UN’s Sustainable Development Goals (SDGs) which contains 17 global goals for achieving a better and sustainable future for all, this relates to the Government of India Initiatives as well. Mitsubishi Electric India is fulfilling 3 primary goals which are Clean Water & Sanitation, Good Health & Well-Being and Climate Action. This year the Clean Drinking Water program & Tree The plantation is continued in and around Bengaluru for the second consecutive year as well. The initiative is aligned with Government of India’s Swachh Bharat Abhiyan Mission & National Mission for Green India. Our aim is to provide Clean drinking water & healthy environment for school-going children, thereby, creating a healthier tomorrow.
Bengaluru is among the fastest-growing cities in India and is also known as the ‘Silicon Valley of India’ because of the growing IT sector and Businesses. Mitsubishi Electric India would like to be a part of the development story of the city and extend its support through its CSR initiatives as well, apart from the direct business presence it already has in Bengaluru through its offices and factories since 2013.
Mitsubishi Electric India selected three schools: Government Primary School-Yeshwanthpura, Garima Vashti Government School-Magadi, Methodist Mission High School, Bengaluru, Karnataka for the Clean Drinking Water Program and two schools Garima Vashti Government School-Magadi, Government Primary School-Yeshwanthpura for the plantation of 500 trees.
The water ecosystem installation included water RO, water Cooler, the water tank and water drinking bay for the students. This initiative also includes the Annual Maintenance of clean drinking water facility that was facilitated in four government schools which were taken by the company under CSR initiatives of FY18-19. Through this activity, approx. 2715 children will benefit and will have access to a clean and healthy environment at school premises. Around 27employees of Mitsubishi Electric India and 5 NGO volunteers joined in the inauguration ceremony of Water facility and tree plantation drive at the schools.
Talking about the   initiative, Mr. Katsunori Ushiku, Managing Director, Mitsubishi Electric India Pvt. Ltd, said, " Mitsubishi Electric India has continued its last year’s initiative and is dedicated to supporting the areas in and around Bengaluru. Through this growing initiative of ours, we are trying to provide the necessities to the school-going children where the young minds can learn, nurture and grow”.
Mitsubishi Electric India is dedicated towards fulfilling the basic needs of the society through its CSR initiatives and will continue to do so in the future.

Experts dwelled on prevention and workforce skilling and...