Residents being educated through cova app by more than 15000 persons 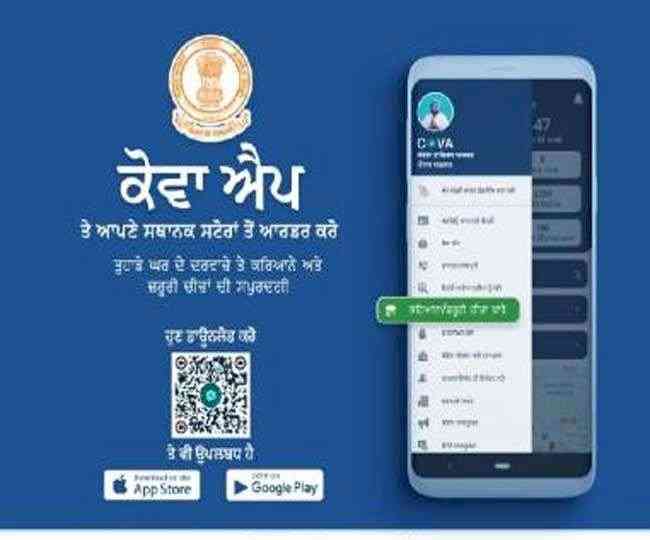 Ludhiana: The COVA app created by the Punjab government to create awareness amongst masses regarding COVID 19 is proving very beneficial. A large number of Ludhianvis are using the COVA app and that is why, Ludhiana district tops the state with the maximum number of persons, who have got themselves registered as Mission Fateh Warriors. Whereas district Patiala and district Shri Amritsar Sahib stand second and third respectively.
Till date, more than 33 lakh persons have downloaded this app.
As per the data received, a total of 15673 persons have downloaded this COVA app and have got themselves as Mission Fateh Warriors, and they are further educating the masses about the ways to keep ourselves safe from COVID 19. A total of 10848 persons from district Patiala and 7897 persons from district Shri Amritsar Sahib have connected though COVA app.
In district Ludhiana, 5712 persons have uploaded pictures of their activities. The Punjab government has urged the residents to download the COVA app and educate the masses in large numbers, after which they would be honoured with gold, silver and bronze certificates. In district Ludhiana, the residents have already won 12 silver and 75 bronze certificates. District Shri Amritsar Sahib stands second while district Patiala stand second and third in this category with a total of 24 and 20 certificates. At state level, till date, 50 silver and 225 bronze certificates have been awarded to the residents.
While congratulating the district Ludhiana residents, Deputy Commissioner Mr Varinder Sharma have appealed to the residents to download the COVA app and get connected with Mission Fateh.
He said that under the public awareness campaign 'Mission Fateh' launched by the Punjab government to rid the state of Covid 19, a large number of residents are being educated. He said that the registration process on the COVA app have already started and people should come forward and get themselves registered as Mission Fateh Warriors.