People should follow all directions and stay indoors: Deputy Commissioner 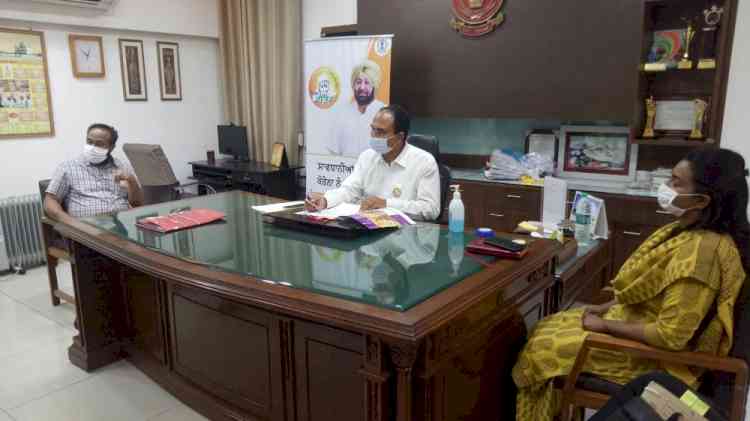 Ludhiana:     Deputy Commissioner Mr Varinder Sharma today informed that under the “Mission Fateh” of the Punjab government, the number of COVID 19 patients getting cured in district Ludhiana is increasing with each passing day. He informed that 9 more patients have been declared cured in last 24 hours. He said that till now, the total number of patients discharged from hospital has reached 227.
Besides, 26 more positive cases have been reported in the district, out of which 21 are from Ludhiana and one each from district Hoshiarpur, Sangrur, Kapurthala, Faridkot and Bihar.
He informed that the 21 positive cases from district Ludhiana are from Chawni Mohalla, Kohara, Habibganj, Bindra Colony, Division No 3, Kakowal Road, Doraha, Basti Jodhewal, Meharban Colony, Punjab Mata Nagar, Daba Lohara and village Manuke,
He further said that till date, a total of 19418 samples have been taken, out of which report of 17518 samples has been received, of 16967 samples is negative and report of 19002 samples is pending. He said that now, the total number of patients related to Ludhiana is 417, while 134 patients are related to other districts/states.
He said that unfortunately 12 people from Ludhiana and 9 from other districts have lost their lives. He informed that a 51-year-old person, who basically hailed from Delhi and was posted as Senior Divisional Mechanical Engineer in Railway Division Ferozepur, passed away at CMCH today. He was suffering from blood pressure, asthama, pneumonia and fever.
He said that 227 patients related to district Ludhiana have been discharged from hospital after treatment.
He informed that till date, 10608 persons have been kept under home quarantine in the district and at present, the number of such persons is 3425. Today, 311 persons were sent for home quarantine.
He said that whenever District Administration and Health Department Ludhiana finds out that about any positive or suspected COVID 19 person, their samples are immediately sent for testing. Similarly, 854 samples of suspected patients were sent for testing today and their results are expected shortly.
Mr Sharma appealed to the residents to follow all directions of the Punjab government and if they would stay indoors, they would not only stay safe themselves, but would also contribute in keeping everyone around safe.
Earlier, the Deputy Commissioner also held a review meeting with the senior District Administration officials about COVID 19 at his office.