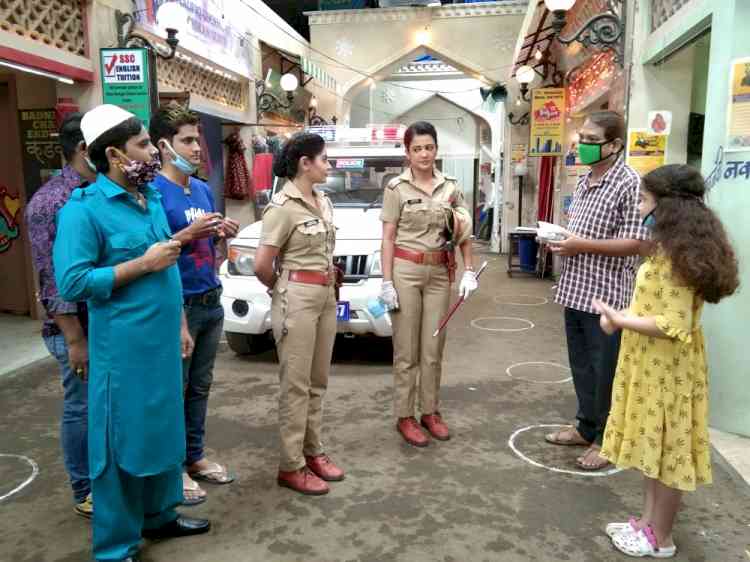 Time is ticking! Sony SAB’s MaddamMallik and her team have faced a new challenge. The upcoming episodes of Maddam Sir will take the viewers through nail biting case as little girl, Zoya’s critical illness exposes an evil organ harvesting racket.

After Haseena’s suspension gets revoked, Haseena (Gulki Joshi) and Karishma (Yukti Kapoor) get into an argument outside the thana where a little girl passing by, witnesses them arguing and starts laughing at them. The little girl named, Zoya,observingHaseena and Gulki in uniform, expresses her wish of being a police officer someday.So, Karishma decides to show Zoya her thana. Just when the girl enters the Mahila Police Thana, she suddenly faints. The police officers rush the girl to the nearby hospital and it’s learnt that the girl is suffering from a kidney failure and would require a transplant immediately. Zoya’s father agrees to donate one of his kidneys but finds out that one of his kidneys has been stolen without his knowledge. A critical case of illegal organ harvesting is ahead of Maddam Sir and they decide to bust this evil racket.

Haseena, in order to catch the culprits red handed, sends her team on an undercover mission to find the truth about this organ trade racket. In the meantime, Zoya’s situation is critical as she fights for her life.

Will Haseena and team succeed in busting the racket and save little Zoya’s life?

Gulki Joshi essaying the role of HaseenaMallik, said,“Haseena Mallik stays after her suspension gets revoked but greater challenges are ahead as the team comes across a dangerous organ harvesting racket. The episodes further also introduce cute little Zoya who aspires to be a police officer but her illness has left everyone worried. The episodes this week are also a tribute to our front line warriors, out doctors and their selfless contribution at the same time an action packed case of organ trading. So stay tuned, as HaseenaMallik is set to send her team into an undercover mission to bust the racket.”

Transparency only mantra for successful succession planning and exit strategies...

Passion is what makes life worth living: Azad Jain

Will Savita’s namkeen shop help her attract some Shubh...