Says MSP of gram, kusam and pulses has been increased and gifted to the farmers 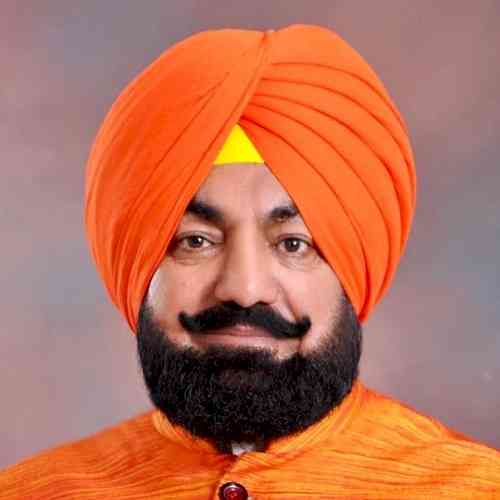 New Delhi: Sukhminderpal Singh Grewal, National Secretary, BJP Kisan Morcha and Incharge, Union Territory of Jammu and Kashmir, said that the laws passed by the Modi Government and the Ministry of Agriculture in the interest of farmers, empowerment of farmers and their rake crops were barley, mustard.  MSP of gram, kusam and pulses etc. has been increased and gifted to the farmers.  He said that under the guise of MSP, the faces of the Opposition and others who were opposing the agricultural laws passed by the Modi government had been slapped.  He appealed to the protesters and all those on the streets to read the bills in detail and then ask questions.

Grewal said the government fixes the Minimum Support Price (MSP) before each crop season on the recommendation of the CACP, the Commission for Agricultural Costs and Prices.  If a crop has a high yield, its market prices are reduced by the middleman, then MSP acts as a fixed insurance price for the farmers. He said that MSP is the guaranteed price that farmers get for their crop.  .  He said that Prime Minister Narendra Modi and Agriculture Minister Narendra Singh Tomar had made it clear many times that the Minimum Support Price (MSP) would not be abolished.  He said that those who were seeing the control going out of their hands were misleading the farmers.

Grewal said that under the direction of state BJP president Ashwani Sharma, Kisan Morcha workers would visit every village in the state next month to educate the farmers about the agriculture bills and answer their queries.  He said that if the farmers associations had any grievances regarding the agriculture bills they could contact the state BJP office bearers and the state BJP could take up their grievances with the central government.

FIR will be lodged against officials of panchayat and municipal...