Reacting over his selection, he says this is very proud moment for him 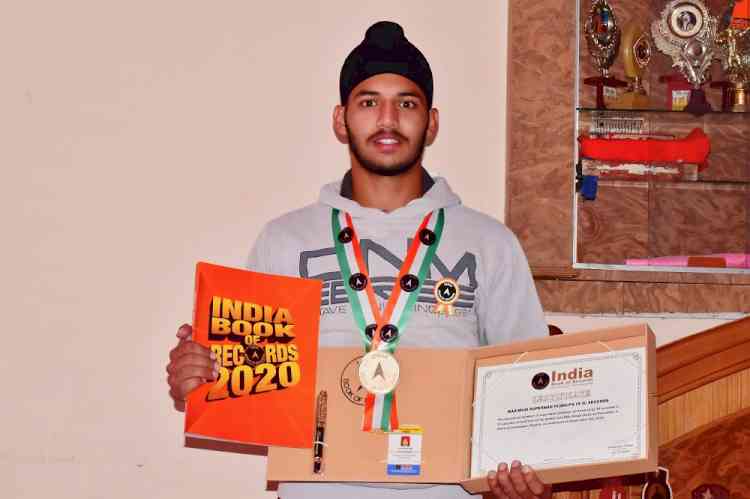 18-years-old Kuwar Amritbir Singh from Umarwala village, near Batala in Gurdaspur district has been selected for Karmaveer Chakra Awards 2020 -2021.

Reacting over his selection, he said “this is very proud moment for me that it's now beginning of my journey and it’s good start for me which now motivated me a lot to just go ahead for my goal and never give up”.

Kuwar Amritbir Singh is a 2 times World Record Holder in Fitness (India Book of Records - 35 Superman push-ups in 30 Seconds and World Records India - 118 knuckle push-ups in 1 minute). He has also stood in top 10 contestants of PTC Punjabi Hunar Punjab Da TV Reality show. Besides, he has done two Punjabi short movies as lead role to promote fitness among youth and say good bye to drugs. His interviews have been aired on Red FM, All India Radio and many tv news channels. He has also been awarded on 15th August and 26th January by DC and SDM of District Gurdaspur.

He revealed that he has done all his practice at his home. Interestingly, he used home-made workout equipment made by waste materials such as plastic bottles, bricks, tyres, cement tiles etc and never gone gym till now.

When asked who is his role model, he replied, “My role model is that every person who has done hard work to make his name add in top personalities. Each every of them.”

He also says to everyone that never ever give up in your life at any situation because problems will come after every minute but life is only once so just do it to make your name in top personalities.

Hyderabad’s Trisha not only conceptualises one of earliest thrift stores in South...