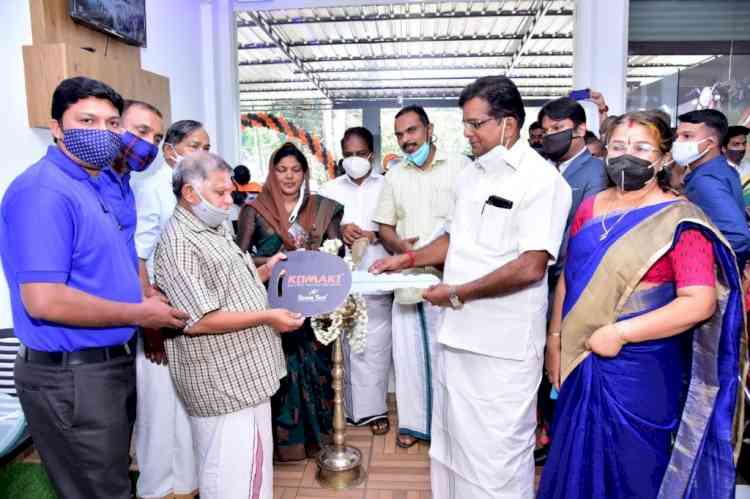 Kollam: Komaki, one of India’s leading electric vehicle producers, have announced the launch of three new dealerships in Kerala. Their first foray into God’s Own Country, Komaki officially launched their handsome range of electric vehicles at Kollam Beach on 7th March 2021. Inaugurated by mayor Prasanna Earnest who was accompanied by respected MPs and MLAs, the event marked the beginning of Komaki taking on conventional two-wheeler manufacturers.

Each of the three new showrooms sprawl over an area of 1800 – 2000 sq. feet, enough to welcome eager customers into the world of innovation and performance. The Kollam dealerships will showcase Komaki’s entire range of electric vehicles, which are not just eye catching, but also feature-loaded for a grand riding experience without any compromise on safety.

Having already established themselves as the pioneers of advanced and futuristic EVs in the two-wheeler industry, Komaki are all set to take the markets by storm. They recently launched 3 high-speed models in Jan 2021 in the two-wheeler segment, over and above their well acclaimed 9 low-speed models. Komaki even have ‘the largest e-scooter to hit the Indian markets’ to their name.

With stringent checks and safety tests, the Komaki name has always been synonymous with stellar quality. Their flamboyant designs with never-seen-before features on a two-wheeler have set them apart and earned them a well-deserved place in the hearts of their consumers. Komaki has always offered a heart-warming consumer experience and it intends to continue doing so with the three new dealerships.