The event held at Vishvakarma Bhawan 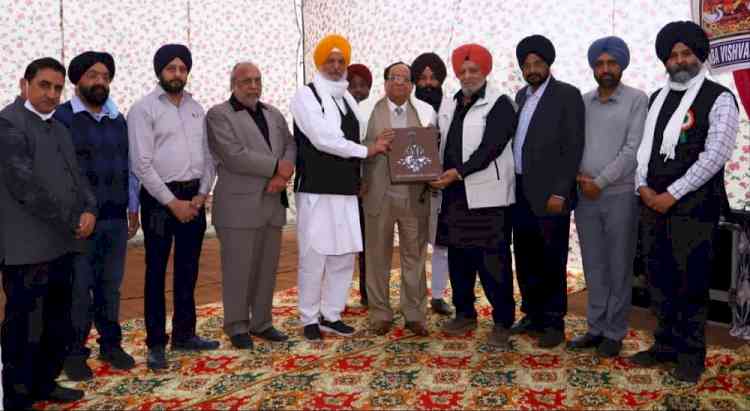 S. Sukhdial Singh Basant, Chairman, Baba Vishvakarma Bhawan speaking on the occasion said that it has been decided unanimously by all the members of Governing Council of Baba Vishwakarma Bhawan, that every year on Vishvakarma Day celebration, an industrialist, an entrepreneur who have innovated in business with new ideas and have exponential achievement in their domain of work, will be awarded with highly reputed Shri Vishvakarma Award.

Shri K.K. Seth Chairman Neelam Cycles shared his views & challenges faced in his journey, he said he himself used to manufacture paddles of the bicycles in his initial days, he said he himself and every entrepreneur belongs to the Vishwakarma clan, He further added there is a huge scope for the MSME sector to grow provided they should be bold enough to adopt to new technologies. He emphasized on sustaining on an idea and said don’t give up on an idea, be bold, dare to dream, there will be ups and downs, never give up, and the world is yours.

Capt Amarinder urges centre to be cautious on `emotive’...