Kinjal and Vishal’s chemistry is special in this Navratri song: Director Navroz Prasla 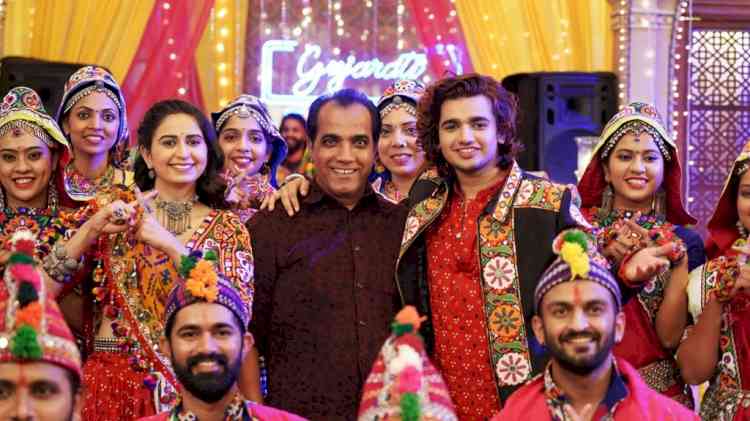 With a promise to cater all palates and moods, Media FilmsCraft and Navroz Prasla Productions are coming out with festive flavour to make this Navaratri super special. They have already wrap-up shoot for a vibrant and peppy Garba song titled ‘Gujarati beat and director Navroz Prasla says that Kinjal and Vishal’s chemistry is special in this navratri song.
The festive track is crooned by popular Kinjal Dave and Parthiv Gohil; it is composed by multi-talented Gaurav Singh and Sandeep Jaiswal. The song will be out soon and will feature beautiful Kinjal Dave along with Vishal Pandey.
Media giant and producer Navroz Prasla will add one more feather in his cap with the new track, as he has not only produced it but directed it as well. Talking about filling his creative desires, he said, “It’s one of those things that I’d always wanted to try. Finally with right motivation and guidance, I thought I’d directed it. I wanted the song to look and feel in a certain way, so I directed it. I have produced dozens of films, songs, series and what not, so I had some idea what the aesthetics are and with some help, I was able to pull it off.
The song has a buzz and ring to it, I am certain people would love it as Kinjal and Vishal’s chemistry is special in this navratri song says and this could be song of the year” he added.
Navroz Prasla has set his expansion plan for India in motion; the production savant has released back to back songs and a mega-series. “We’re moving faster than we expected. Our content is clicking with audience and we just opened up an office in Mumbai. Our last song, titled India, was an instant hit and I am extremely happy about it.
Our next song, Gujarati beat offers an authentic texture and vibe, it incorporates the culture and values of the state and I think it will find its right audience. It is an original track, not a generic number trying to cash festive mood.  I always believe in the quality content”.
The song is complete and the makers are planning to drop the teaser and first look soon. The song is choreographed by Sagar.
Founder of NTv Houston and many other successful media and production ventures, Navroz Prasla has set his foot in the music industry and is here to stay and his steady progress in entertainment sector is nothing short of inspiration, given we had back to back lockdowns.

Remo D'Souza back to work

Role in Punjabi movie Thana Sadar my most challenging role...

Yo Yo Honey Singh's wife accuses him of domestic violence,...