Recover arms and ammunition from them 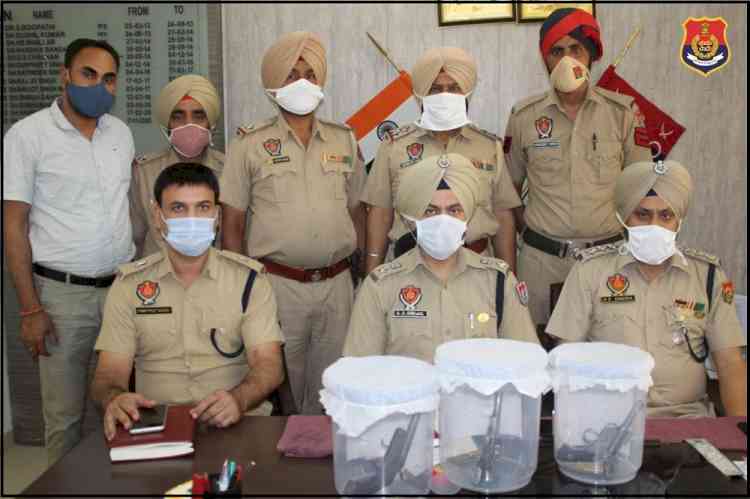 Addressing a press conference SSP, Khanna Gursharan Deep Singh claimed that during initial investigation it has come to light that Jugraj Singh is a professional & notorious criminal in his area & he is wanted in 08 cases of robbery, Arms Act & snatching in various states. Jugraj Singh came out of Tihar Jail on parole but did not go back. Jugraj Singh having links with person namely Balwinder Singh alias Chacha from Haridwar and they have robbed Rs.1,40,000 from Khatima Road Puranpur  U.P. from some person.

Jugraj Singh along with Balwinder Singh alias Chacha did recce at Chandigarh to rob a Bank in March 2021 and also had a plan to do same at Delhi. Balwinder Singh alias Chacha sent them to Punjab with illegal weapons for execution of above said plan, so they were going to Amritsar side with illegal weapons for shelter (as Jugraj Singh's native village was Ajnala Amritsar).  By arresting them Khanna police saves the bank robberies and busted their evil plans. The culprits are still being questioned, there are possibility of major disclosures.