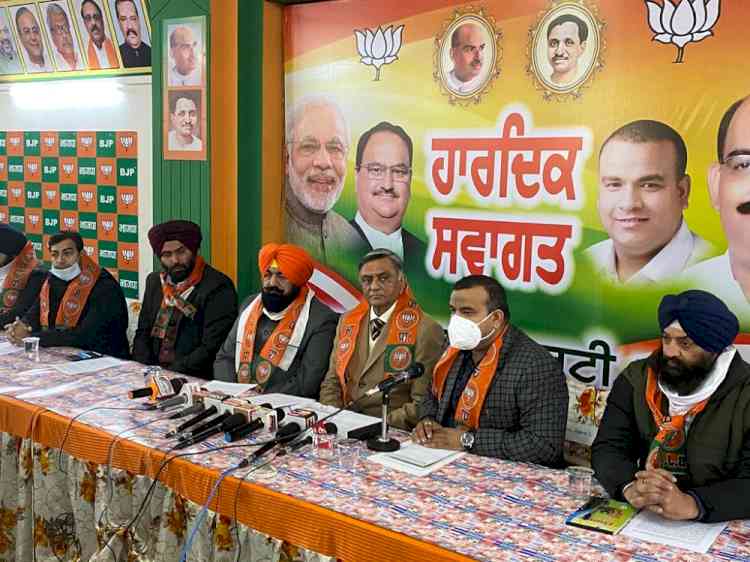 Addressing a press conference here today, he added that the NDA Government's proposal to have seven amendments in two new  laws----The Farmers Produce  Trade  and Commerce (Promotion and Facilitation) Act, 2020 and the Farmers (Empowerment and Protection) Agreement of Price Assurance and Farm Services Act, 2020 though  water-downs much of the Farmers' grievances &  protects Farmers' interest vis-a-vis  Corporates   but the same stands rejected by Farmers' Unions which sans reasoning.

It is not for the first time that Modi Government has acted for the benefit of the Farmers, but earlier also  it has taken many steps of its own to watch the interest of the Farmers like Direct Benefit Transfer of Rs. 6000 in the account of the Farmers, Kissan Crop Insurance Scheme, opening of Animal Disease Centre, Pushing Herbal Farming, encouraging farmers to raise honey bee, introducing neem coated urea, scheme of Operation Green in which Government has taken huge steps to ensure   that Farmers get their fruits and vegetables soled at remunerative prices and cultivate for more areas to grow vegetable and fruits etc.

Kalia appeals to the Farmers' Unions    reconsider the Central Government proposal as BJP is also a Party of Farmers who have voted twice in favor of BJP to make Sh. Narender Modi Prime Minister of India and will not like to have a scratch on Farmers interests. The Farm Laws infact have been brought by NDA Government to ameliorate the economic condition of the Farmers.