The management congratulated and wished them good luck 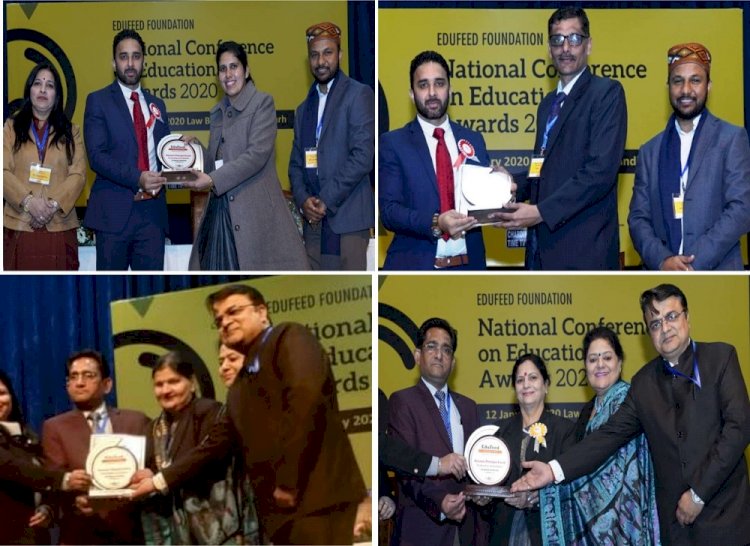 Jalandhar: Innocent Hearts School, Green Model Town, Loharan and The Royal World International School have been awarded for Excellence in Academics by EduFeed in National Conference on Education and Awards organized at Law Bhawan, Chandigarh.

Mrs. Sharmila Nakra – Cultural Head and Motivational speaker of Innocent Hearts Group of Institutions joined this National Conference as a speaker. Due to her analytical reasoning in discussion on Cost Effective Use of Technology, she has been awarded Dynamic Leadership Award. Almost 172 principals from North Zone participated in this Conference.

Dr. Anup Bowry – Secretary Innocent Hearts Group and other members of the management congratulated and wished them good luck.

KMV students outshine in results of PG diploma in cosmetology