The problems faced by the industries are being overcome: Pawan Dewan 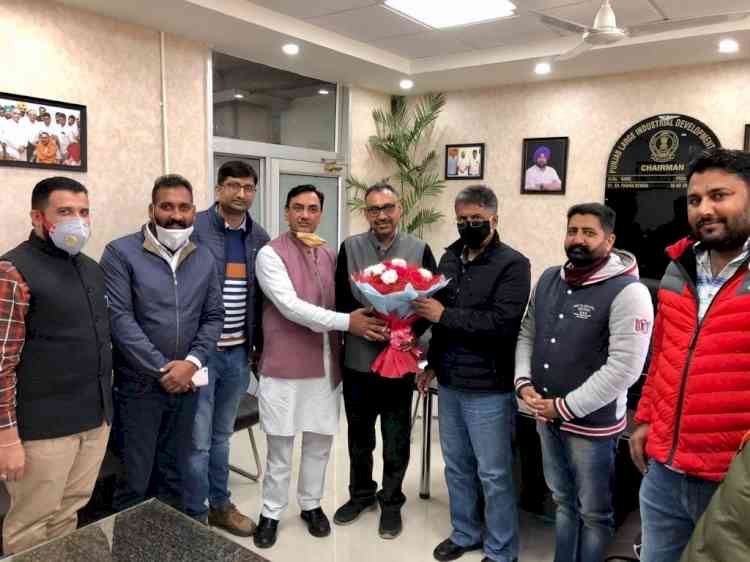 Speaking to the media on the occasion, Mr. Tewari said that the Punjab Government under the leadership of Chief Minister Capt. Amarinder Singh has been working tirelessly to promote the industry in the state, which has improved the economic situation and provided employment to the youth. There are also new opportunities.

Mr. Tewari said that he was emphasizing on industrial development in Sri Anandpur Sahib Lok Sabha constituency. A grant of Rs. 10 crore has been provided for Mohali Chanal Focal Point, with which other facilities including roads are being improved there.

He also lauded the work being done by the Punjab Large Industrial Development Board under the patronage of Chairman Pawan Dewan.

On the occasion Chairman Pawan Dewan thanked MP Manish Tewari for coming to his office and said that the difficulties faced by the industry for the economic development of the state were being overcomed. Under Invest Punjab, investment in the state is also being encouraged. He said that the employment of many people was linked with the industries like Hosiery, Bicycle, Auto Parts, Sewing Machine etc. of the state and under the leadership of Chief Minister Capt. Amarinder Singh Punjab was continuously moving on the path of progress.

Veer or Dansh - Who will lay hands on ring of invisibility first in Hero- Gayab...

All prominent Ludhiana city markets to have mechanised...