Indian residents stuck abroad must be brought back: Dewan 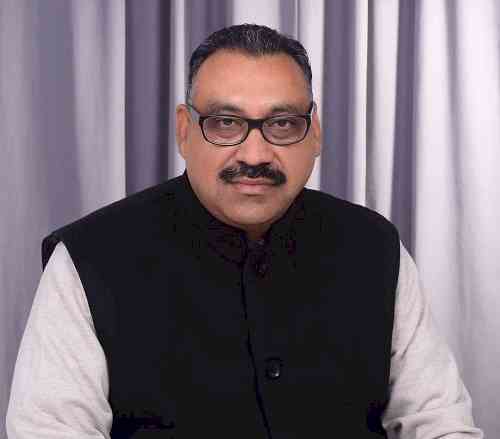 Chandigarh: Pawan Dewan (Chairman of Punjab Large Industries Development Board) has written a letter to Foreign Minister requesting him to bring back the natives of the country who are stuck abroad.
At the same time, there are some citizens who had gone abroad before the lockdown and are now stuck there. They have limited resources left and are repeatedly calling the government in order to bring them back to India. Dewan in his letter writes, “Many citizens have travelled abroad, who were to return to the country from March 20 till now, are stuck abroad due to cancellation of international flights to India. During this time their condition is getting very pathetic due to limited resources. They are repeatedly calling on the Indian Embassies in different countries to send them back to India. The number of such people is being reported in thousands.”
Dewan requested that Indians traveling abroad with limited resources should be brought back immediately. He further writes, “They were to be returned after March 20, which now seems possible only through rescue flights, because of the cancellation of international air flights, various airlines have cancelled their tickets and the airlines offices have also been closed. The financial condition of these passengers as well as the lack of health facilities is causing their mental state to be ruined and they are not getting any assurance of return in near future.”
Further, Dewan quoted that the governments of different corona affected countries like America, Canada, UK, France, Spain, Italy, Australia and New Zealand are continuously repatriating their citizens from India in the month of April.
Dewan suggested that, the list of citizens desirous of returning to the country can be collected by the Government of India from their High Commission offices and Embassies.”
Concluding he writes, “These Indian citizens are waiting for the decision to be taken by the government. Kindly help them.”

Moneycontrol Pro completes a year, aims to offer enhanced value to its subscribers

Celebrations begin in city in connection with Ram Temple...