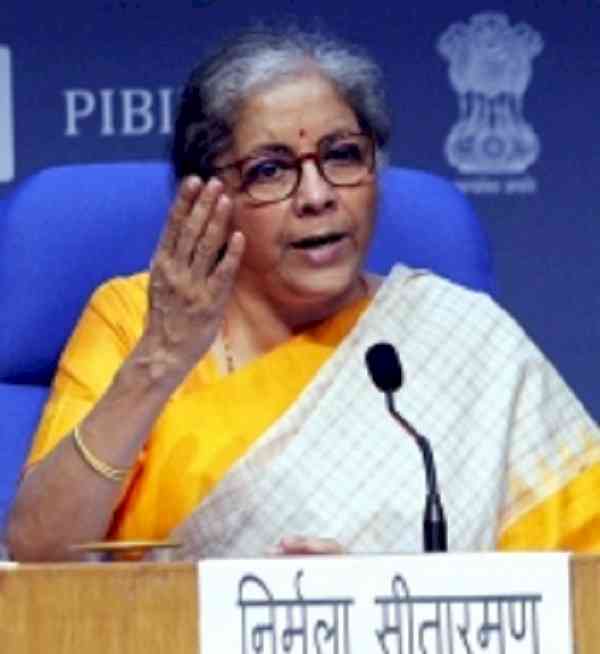 Speaking at 74th Annual General Meeting of Indian Banks' Association at Mumbai, Sitharaman said there was an urgent need to scale up banking to meet the growing needs of the industry and also to ensure that all economic centres of the country are covered with at least one physical or digital banking presence.

"We need to scale up banking. The need is for at least four-five more SBI sized banks," she said, while reminding that the amalgamation exercise among public sector banks have helped in moving ahead with creation of large banks.

Having done two rounds of bank consolidation earlier, the Central government in 2019 decided to merge six disparate and weak PSBs into four in one stroke.

Sitharaman lauded the efforts of the PSBs to see through that the amalgamation of banks during the pandemic period was completed without any inconvenience to customers.

She said that that in the post pandemic world, hanks would need to change their mindset and the way they conduct their businesses.

Digitisation, the Finance Minister said has changed a lot of how businesses are done and banks will now need to think futuristically and keep pace with evolving technology.

Sitharaman also asked the IBA to conduct a digitised mapping of each district of the country with regard to presence of bank branch operation and their location. This, she said, would help to plug areas of gaps with no banking presence effectively.

"Not necessary to have physical banking presence everywhere. The country's optic fibre network has covered two-third of about 7.5 lakh panchayats. This could be used to deliver banking services in unconnected areas as well," the Finance Minister said.

She also asked banks to develop models and better understanding of businesses focused on exports as country has set a $2 trillion export target by 2030.

With regard funding for the infra sector, she said that a government sector development financial institution (DFI) is coming up soon.

Sitharaman said that Indian economy is at a critical stage of a reset and banks would form the backbone for it by providing best of the financial services.

Tata Starbucks strengthens its digital presence via a new...