Huge investment to be pumped in for established platform for Punjabi cinemas budding artists: Rahul Mehta

On his personal visit to Punjab he met renowned producers, actors, directors and knowing difficulties of upcoming Punjabi artists 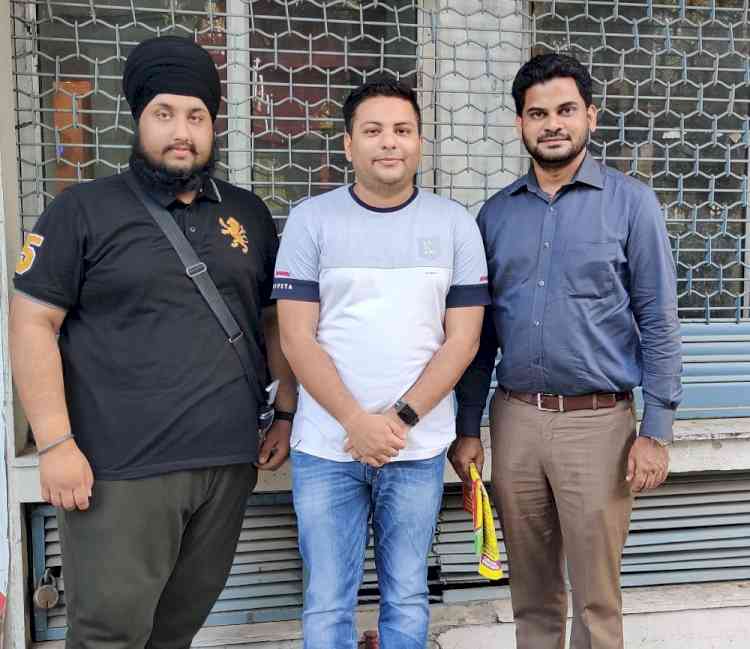 Chandigarh: Rahul Mehta, who is associated with Bollywood and Pollywood  production-distribution and was associated with Gulabo  Sitabo, Shakuntala Devi, Dream Girl, Uri The Surgical Strike, Sufna, Qismat, Chal Mera Putt 1-2, Guddiyan Patole and many other projects,  too is eagerly waiting for the cinema halls to open. On his personal visit to Punjab he met renowned producers, actors, directors and knowing difficulties of upcoming Punjabi artists, he announced to invest huge amount via his established platform for them .

Yesterday Rahul who also  distributes  films in Europe and acquire Hindi, Tamil, Telugu, and Punjabi films for digital straining and satellite broadcast; met duo of Canada Jana Hi Jana web series fame  Jaskaran and Navneet, worth mention here that duo came to limelight  with more than a crore  views in few days and now plans to be associated with Rahul Mehta for his mega investment  project for budding artists of Punjab. Jaskaran and Navneet will soon be launching a free  helpline via  website enabling budding artists of Punjabi Cinema.

Rahul Mehta during his Punjab stay met Director Bobby Bajwa, Singer Inderjit  Nikku among other prominent faces of Punjabi cinema. Rahul further said, “Multiplexes are in talks with the government to open during first week of September. Once that happens and all the safety measures — such as change in seating plans, sanitising halls after every show, increasing the time gap between shows — are chalked out, things will pick up.”

‘Gift a Titan Smile’ attempt to create treasured memories for life and bringing...

We make entrepreneurs out of employees by developing their skills and abilities:...

It is a war of wit and intelligence: Amit Mistry