Pawandeep said “ I am on top of the world!  I am singing a Himesh Reshammiya composition and I really thank him for believing in me. The song is beautiful!” 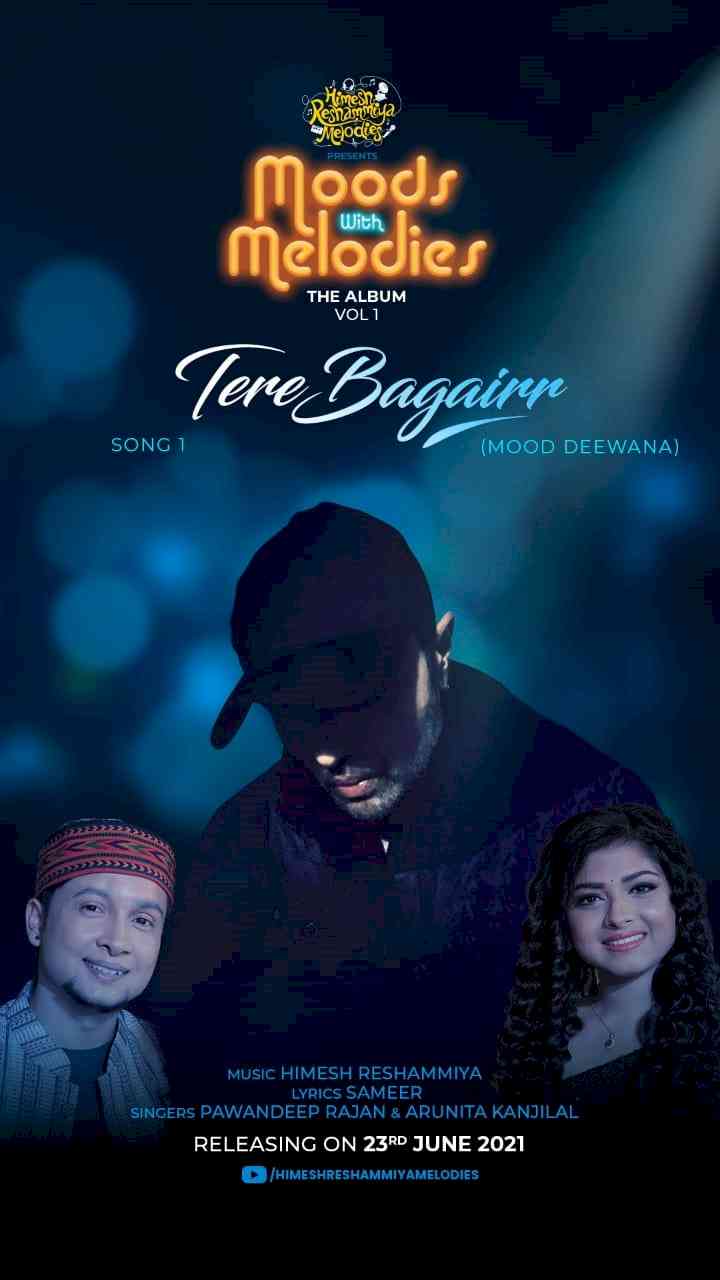 Rockstar Himesh Reshammiya is on a big high with the recent launch of his music label, Himesh Reshammiya Melodies and the title track of the album, Surroor 2021. The song has garnered 50 million views and 5 million streams within a few days of its release and it surely is a cause worth celebrating. The rockstar composer-singer has also announced the release of his next album titled, Moods With Melodies Volume 1 giving us all yet another reason to be excited. The second album will mark the launch of the singers Pawandeep and Arunita who are Indian Idol contestants and their song will launch on 23rd June. The superhit machine has released the teaser poster of the song and we must say, it has piqued our interest to another level.

With the album Moods With Melodies, the superhit machine will be seen composing beautiful numbers featuring the best singers of the world. Himesh has always been known to scout for the best and most promising talent and Moods With Melodies will be no short of that. Pawandeep and Arunita’s song is written by Sameer and will release on the 23rd of June.

“Moods With Melodies is an album which will feature many volumes and each one will have many moods or songs. The first song with Pawandeep and Arunita is called Tere Bagairr (Mood Deewana)” says Himesh. Talking about the song he further adds “It is a pure romantic heartbreak melody and I’m very proud of it. I love launching  new talent and you will fall in love with the melody and the way Pawandeep and Arunita croon to the tune will blow you away. They have sung each note from my composition with utmost perfection.”

Pawandeep said “ I am on top of the world!  I am singing a Himesh Reshammiya composition and I really thank him for believing in me. The song is beautiful!”

“I’m grateful that Himesh ji has loved my voice and I’m singing Tere Bagairr. I really am looking forward to the release of the song on 23 rd June.” says Arunita.

The video of Tere Bagairr is fresh and intense and lends the mood that the era of melody is back! As for who will star in the romantic number, that’s an announcement we all are waiting for.

I want to create a difference in the lives of masses via...

Zee Anmol Cinema pe Singh Garjega with premiere of the...

John Abraham and Mrunal Thakur back with T-Series single...