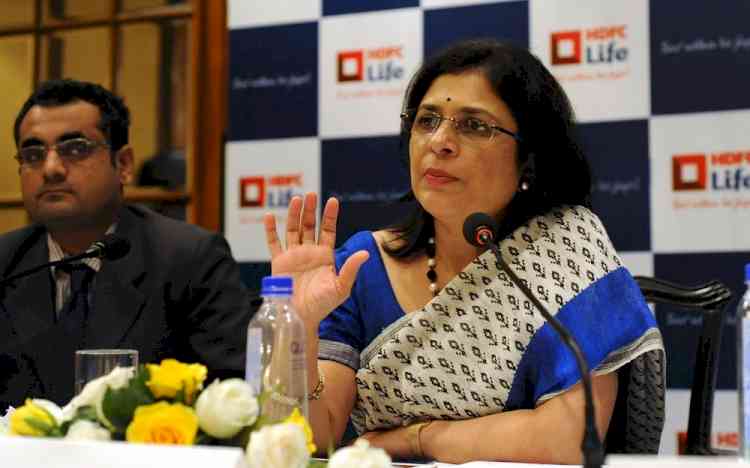 She also said the company is in discussions with re-insurers on rate revision and a decision on it is expected to happen by the end of this year. The process of merging Exide Life Insurance is progressing well, she added.

She said the company had settled about 200,000 claims during the first half of the year.

"The overall experience has been in line with our projections and we carry an Excess Mortality Reserve (EMR) of Rs 204 crore into H2 FY22," she said.

The company had created a provision of Rs 700 crore as EMR to cover increased claims due to Covid-19. An additional Rs 60 crore provision has been created during the second quarter of this year.

The company had earned a total premium of Rs 19,287 crore during the period under review up from Rs 16,045 crore earned during H1 of last fiscal.

Queried about the rate revision asked by the re-insurers and the company's decision on increasing its risk retention rate, Chief Financial Officer Niraj Shah said the policy continues to change.

According to him, the company is also expanding its geographical presence and the experience changes with that.

Padalkar said the upward rate revision in reinsurance is not expected before the last quarter of the current fiscal and how much of that would be passed on to the policyholders will be decided after that.

According to her, the company has applied to the Insurance Regulatory and Development Authority of India (IRDAI) and the Competition Commission of India (CCI) for their nod for merging Exide Life Insurance with itself.

"We should be able to get their approval early Q4 or late Q3," Padalkar said.

The embedded value of the company at the end of first half was Rs 28,703 crore.

Newgen’s virtual meet on preparing for a digital-only world...

Hero MotoCorp retails over 1L units of two-wheeler on a...