Soundscapes has featured 7 hours of live music with 5 concerts to date, attracting over 6 million viewers from 35 countries 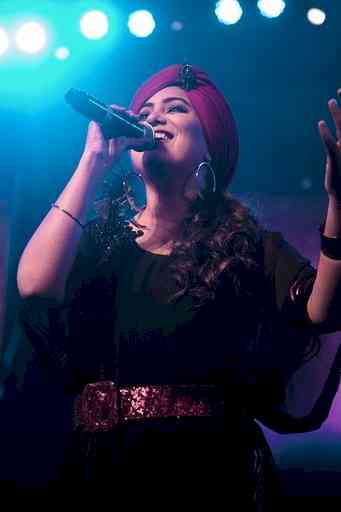 Noida: HCL Concerts - Soundscapes, an initiative by HCL Concerts will host a performance by leading Indian playback singer, Harshdeep Kaur on 7th August at 7 pm. Kaur has recorded songs in multiple Indian languages including Hindi, Punjabi, Tamil, Telugu, Marathi, Gujarati, and Bengali. She has also worked with leading music directors of Bollywood including A R Rahman, Pritam Chakraborty, Vishal-Shekhar and Sanjay Leela Bhansali. She will sing some of her popular songs, including Katiya Karun from Rockstar movie; Dilbaro from Raazi; Heer from Jab Tak Hai Jaan movie; Kabira from Yeh Jawani Hai Deewani, among others. The performance will be live-streamed on HCL Concerts social media pages on Facebook and YouTube and Twitter.

‘Soundscapes’ was launched on the weekend of World Music Day on 19th June 2020 with the hope of bringing to fore the rich and inclusive music from across the Indian landscape. Since its launch, the platform has already hosted five virtual performances from a selection of popular artists from a variety of independent genres like sufi, folk and indie-pop. The program has attracted over 6 million viewers from 35 countries including India, US and UK who witnessed performances by accomplished artists like Mame Khan, Palash Sen, Suneeta Rao and Kavita Seth.

Soundscapes is part of HCL Concerts, a platform dedicated to encouraging and promoting Indian classical performing arts for over 22 years now.